HowTo:Win a fight on the Internet

With a bit of practice, you can defeat your enemies in online arguments. First of all, you must redefine words like "defeat", "enemy" and "argument".

Tip:
Plan your argument -- stick to places like IRC where you can easily deny saying anything that takes a wrong turn. Denial is your friend, not a river.

Its easy enough to get in a fight on the internet. Once you're in it, here are the steps you must take to win:

Step 1. Make up lies about the other person. Don't bother to know the facts -- it will make you look too determined. This way if you lose, you can just say that you didn't care anyway. This is also known as an ad hominem attack.

Tip:
Poor spelling is important. It gives you something to go back on. If someone is able to turn what you said around on you, you can say that you actually said something else and that you're just a bad spellre.

Step 2. The other person will defend themself. Retaliate with untrue accusations. If they prove you wrong in some way, drop it and move on. A common mistake here is to step back and look at the situation. Never look back. Some people continue to be proven wrong and this causes them to research their claims before they state them. This is always a big mistake.

Step 3. If it ever looks like it is going downhill for you, call the other person a Nazi. This is equivalent of an argumental nuclear bomb.

Step 4. Always get the last word. You can't lose if the fight isn't over, so make sure that you always get the last word. Beware that if you resort to calling your enemies Nazis, they are obligated by law to reply telling you that it is in fact poor argumental skills to call someone Nazi. This is universally understood to be the end of an argument. Be prepared to break the Geneva Convention with more name-calling and declaration of victory.

Step 5. If all else fails...make a comment about how many more myspace comments you have than the other person...cause you know...How many myspace comments one has is directly proportional to the coolness of said person...therefore you are insulting his ability to project coolness unto himself severely damaging his selfesteem and scarring him for life...(Oh wait... myspace is dead. Alternatively, you can cancel them on Twitter.) this particular approch will stun your apponent for a few seconds while he tries to figure out exactly what you said...giving you ample time to leave the conversation hanging. (see step 4).

As chinese Kung-Fu masters will tell you, pick your fights. On the internet it doesn't matter on which side you're on. Feel free to even change sides, if it is required for victory (See Step 2 above). Your main objective is to insult your opponent to submission.

Don't end up like these guys: bald and poorly-drawn. 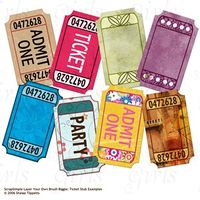 No, not that kind of stub!

A "stub" is an overly-short or incomplete article that needs to be expanded before it can truly be called a definitive treatment of its subject matter. Stubs are one of the many banes of Uncyclopedia's existence. So, why not learn how to create one?

Come up with a great page name. The name you choose should be catchy and witty; a play on words that leaves the reader wanting to read more, while inducing at least a chuckle just by itself.

Come up with about two legitimate (or semi-legitimate) sub-headings. The sub-headings don't have to be anything special, but they should build on the clever title of the article and should show what direction the article is heading (or would head, if the lazy author would just sit down and finish it).

Write a sentence or two under each sub-heading. These need be even less legitimate than the sub-headings themselves, but they still cannot be pure nonsense. They should, along with the sub-headings, elicit one more laugh from the reader.

Add the stub label at the bottom of the "article" you have created and wait for more industrious, comedic and talented cyberspace authors to come and breathe real life into your work. P.S. - This won't happen.