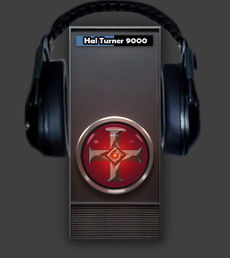 I'm Watching you, you prick. Yeah, you, you filthy Jew.

The Hal Turner 9000 (or HT9k) is a super advanced computer (obviously not powered by windows) programmed by the KKK built in honour of their greatest national hero Hal Turner. The HT9k was originally going to be included in Vista, but Microsoft realised they could only piss off their customers so much before they switched to Mac/Linux/Real Life.

The HT9 has an elegantly designed, supremest, machine created for the soul purpose of mocking all minorities. It also features five different settings, including: Squeaky Voiced Teen, Disgruntled Middle Aged Mail Worker (Look out for the whining of "Now I'm not racist, but..."), Bigoted Radio Host, Fred Phelps' Disembodied Soul, and the Voice Of Reason (You're not going to need to use this much.)

The HT9 was originally designed by the Naturally Talented God Gifted African Scientist group, for use in education to tell the children how "Whitey was all up in their asses, back in tha day." A prototype, named after the Missionary and all around nice guy, Hal Turner for his ground breaking work in helping the third world. However, soon after the HT9 was completed, things went wrong.

The Machine itself has an advanced layout and is able to generate up to 300 racist jokes per second. Designed by thousands of loser Linux hackers, the HT9 in some ways resembles the PS3. Coincidently, The HT9 crashes nearly every 8 seconds and weighs nearly 300 pounds. The HT9 is also covered by a giant coat of titanium steel and has other defense settings.

The Main purpose of the Device is to eliminate as many Jews, blacks and other helpless minorities as possible. It's sub purpose is also to fill in for the real Hal Turner and host The Hal Turner Show when he dies or is brutally murdered by an angry mob.