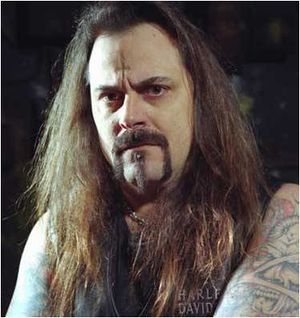 "What are looking at, fag?"

“He's so Evil, he shits pentagrams!”

“I'm so proud of you! Who's my favorite devil worshiper? YES!, you!!! You wanna cookie?”

Glen Benton is an American bass guitarist and Satanist who sings for the famous death metal band Deicide. 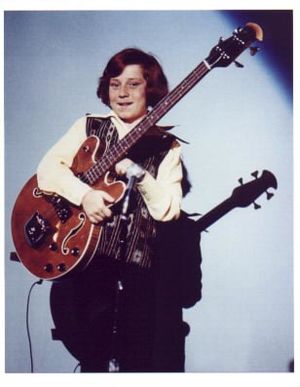 Glen at a young age

Benton wasnt born in Tampa, rather he suddenly burst forth from a pool of blood in the middle of a busy highway in Florida and was raised by rednecks and Satan. He had an average childhood; he grew up playing with demons and witches, drawing inverted crosses and pentagrams, and summoning the dead. He hangs out with friends like Chris Barnes, James Hetfield, Dani Filth, and Mephistopheles. He loves motorcycles and became a biker, but not a sissy biker. No a man's biker, the kind you get at the bar, you know the ones I'm talking about ;). He made a biker group with a name that should never be explained here. At age 20, he went to a satanic ceremony and was possessed by demons or something like that, a lot of us were too baked to remember much of it. 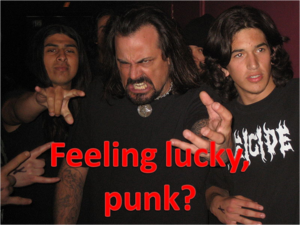 I think I need a new pair of pants

Later in life he got bored and decided to start a band, so he got a couple of his friends and started the band Deicide (first called Amon after some Egyptian dude, but their record company thought the name was so gay and forced them to changed it). He stormed in Roadrunners Records and presented a demo and said, "Sign us, you fucking asshole!." Then they were signed in the next day and became Deicide.

Glen is obviously a Satanist. He isn't like them wimps at the Church of Satan, as their are a bunch of hypocrites. He is a true and committed Satanist. To show it, he burned an inverted cross on his forehead (ouch, that must be painful) and write songs about Satanism. There were rumours that he was to commit suicide at the age of thirty three, (which is represents a holy day within Satanism or something). At age thirty five it became apparent Glen was not going to go through with his sacrifice, and when confronted he stated that “Only cowards and losers kill themselves, unless they’re being a martyr. That’s brave”. At one time, he went on a dual on a radio talk show against a cool Christian dude named Bob Larson. Bob remained strong even when Glen said stuff like "I'm coming to get you Larson, hahahaha" and his evil laugh. Bob kept asking him to come talk on his radio show again, but he usually declines, even return a paper saying "Fuck You" written in blood.

While Glen and his band were playing at a show, someone attempted to kill him with a fire bomb possibly armed by an animal right activist. It damage the set, but Glen and his pals manage to survive the attack. The reason for the attack is probably because Glen shot a squirrel with a pellet gun to prevent it from chewing up wires in the stage. That's a stupid reason for trying to kill someone. 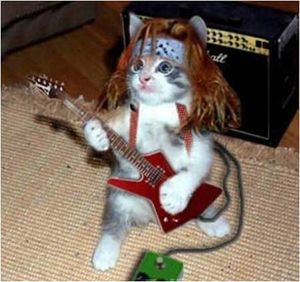 Glen Benton's pet cat, before he sacrificed it to Satan.