Getting Funky With Da Fuhrer

From Uncyclopedia, the content-free encyclopedia
Jump to navigation Jump to search
“Hitler was a great DJ, it's a pity about the Holocaust,that was a bad career move”

"Getting Funky With Da Fuhrer" was a 70's early morning radio show presented by Adolf Hitler. It ran for ten days and mainly played light heavy light heavy light pop music and Hitlers own brand of love ballads he wrote for his beloved pet goldfish/pony crossbreed 'Bratwurst'. His show later inspired his friend Joseph Goebbels's Radio Show 'Get On Down With Goebbels's'.

Even when Hitler was a baby he either wanted to be a loving Jewish Rabbi like his father, an evil racist dictator like his uncle,Emperor Bob of North Wales, or a radio DJ like his brother Keith Hitler. Eventually though he made the choice tojhbvsdhvbfjshebfhgrehwrghewb be a DJ because of his great taste in knitted jumpers and his love of cheap puns.In the early summer of late winter 1971 Hitler got a job as chief reporter on apple Strudel related articles on 'Radio Scwarczenwartzenenenen' (pronounced radio one) in Vienna, North Carolina. Then he eventually worked his way up the slippery strudel covered ladder of success and in 1973 landed his own show which he called FICK MICH HART UND LANGE IN MEINE GROSSE ANALE!!!! roughly translated as 'Getting Funky With Da Fuhrer' in English, Japanese and Leprechaun dialect.

Hitler became the first radio DJ to speak to God after the great holy one rang up a quiz on Hitler's show for a chance to win a Mr Bean Water Cooler or a trip to EuroDisney. After getting the question 'Name the Christian holy book' wrong by saying 'Harry Potter And The Sandaled Long-Haired Guy' God caused a lightning bolt to strike Hitler causing his hand to shoot up in the air and causing his much loved afro to Fly off. From this day on Hitler became an atheist only not because he believed his stache was magical.

However, after just ten days the show was canceled after Hitler,desperate for ratings, had a boxing match between two elderly German women, a tiger and a pissed off Womble

live on air, no-one survived and Hitler lost a testicle. The head of 'Radio Scwarczenwartzenenenen' thought this was inappropriate because this show contained absolutely no racism or profanity and so Hitler lost his job and Count Von Count off Sesame Street (A fellow Nazi European) took over as the new presenter. 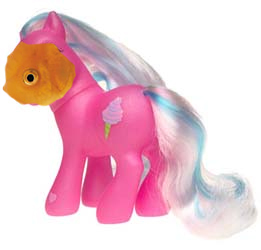 Hitler now broke and working as a cheap prostitute in the darker regions of Berlin decided that he'd release a CD of love ballads after advice from one of his customers. However, he used a stage name of 'Mindy Carson' and disguised himself as a woman so that no-one would recognize him. He got to number 1 in the German charts and even won the Eurovision song contest with his song 'Aint it nice to be a Nazi'.However, when he won Miss Germany 1976 everything went downhill, he had a bit too much to drink from the mini-bar in his hotel room and spent a brief drunken night of passion with Martin Sheen. In the morning Hitler's disguise was found out and he was also pregnant, he quickly left the hotel room and went into hiding in a dumpster behind 'Lederhosen Land' (The pretty crap German themepark). Martin Sheen was so angy that Hitler didn't return any of his calls that he sent hitmen to kill Hitler's goldfish/pony crossbreed 'Bratwurst'. The bastards succeeded. Hitler,so upset and angry at this decided to become a member of the Nazi party and kill millions of people,which was a shame because Hitler had such a talent.This was the end of Hitler's career in the music industry, it's nearly identical to what happened to Ludwig Van Beethoven's career. Awwwww, bless him.

In 1975 Hitler won a Grammy for 'Best Nazi or communist song sung by a moustachiod lady who suspiciously looks a bit like a guy'. This award was only awarded twice, once to Hitler and once last year to Britney Spears. However, at the Grammy awards ceremony Hitler got involved in a brutal fight with Rolf Harris after Rolf said Hitler looked lard ass in his dress. Hitler was knocked unconscious and was revived by a slap around the head with a wet salmon by his future wife Eva Braun ( Who was strangely voted most likely to marry a uni-testicled Nazi dictator of Berlin High School class of '1958').

Hitler's second album was however heavily critisised for it's heavy Brit-Pop and American Jazz Influences.

Lyrics To 'Aint It Nice To Be A Nazi'[edit]

Hitler shows off his Miss Germany Sash and Tiara and his other prize a flame-thrower built in to his wrist
Retrieved from "http://en.uncyclopedia.co/w/index.php?title=Getting_Funky_With_Da_Fuhrer&oldid=5938732"
Categories: