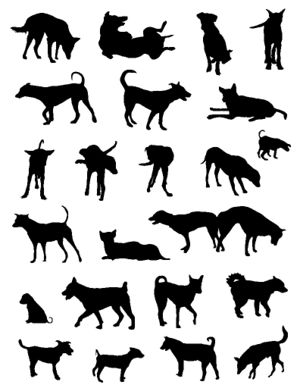 Silhouette profiles of a Generic Dog in various activities which they are famous for enjoying.

The Generic Dog is a breed of dog most widely known for matching every single Wikipedia article on dog breeds.

The Generic Dog has ancient roots and is descended from an earlier breed of meta-generic dog. This ancestral breed was generally considered a working dog, taking an active role in activities related to hunting, ranching, and/or safety.

The ancestors of the Generic Dog were often kept by nobility in the areas where they were found, and were highly prized. The breed spread to lay-people, became popular in its homeland but can now be currently found worldwide. It has lately been seeing a resurgence in popularity. It is no longer used primarily as a working dog; most Generic Dogs these days are pets.

The Generic Dog is a sturdy breed. It comes in a variety of coat colors and styles, although most of these are not considered to be in accordance with the official breed standards. On an given individual, one color is usually dominant.

The face has a squared brow and soft, sensitive nose. The eyes are ringed with black, and eyelashes are notable. The head typically is held level except when the dog is smelling something. The shoulders are squared off. The back legs are more rigid and sturdy than the front. An extreme bend in the back is seen as a sign of a health problem.

Males of this breed are about 20% heavier than females. There can be significant differences between show dogs and common pets. 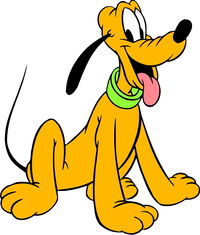 The Generic Dog prefers to live an active life and can have lots of energy, especially when young, although it also enjoys time receiving direct attention from its owner as well as sleeping. While there are some negative stereotypes regarding this breed's behavior, these can be misleading. Socialization and giving the dog outdoor time are important to having a well-adjusted Generic Dog.

The Generic Dog is a loving breed.

Caution should be taken when feeding, as this breed enjoys eating and will eat too much and become overweight if too much food is provided. This can lead to health problems later in life.

The Generic Dog is considered to be a highly intelligent breed, although sometimes people don't realize how intelligent it really is. Tests and rankings place this particular breed at near the top of the list. Any symptoms of a lack of intelligence in this breed are due to it being stubborn, and in such a case, one should socialize and incentivize the breed more.

In general this breed is healthy dog with an expected lifespan in accordance with its size, although it has a number of common genetic conditions which can adversely affect its health. An attentive veternarian can detect these and, if necessary, medication or surgery can alleviate them.

Obesity is a common problem among this breed which can aggravate other conditions.