From Uncyclopedia, the content-free encyclopedia
(Redirected from Explosive Diarrhea)
Jump to navigation Jump to search

You may be looking for America and not even know it!

“Wait... You mean this is not a bowl of chocolate mousse?? ”

“In Soviet Russia, explosive diarrhea barfs on YOU! ”

“We thought that's what you wanted from fast food! ”

Explosive diarrhea is the result of eating trash, Taco Bell, or pretty much anything made in the 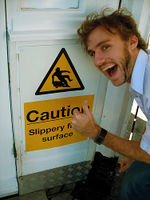 western hemisphere of Earth. Some people have been known to use their explosive diarrhea to launch themselves up to the fourth floor of their office building. This causes panic throughout the city and should only be tried if you have experience or are completely wasted. 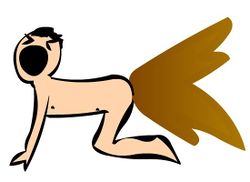 Explosive diarrhea began in the late 19th century as a result of the latest craze, not wearing fifty pounds of clothes at once. Once people could actually move thirty feet without overheating they started to eat at fast food restaurants. All of this food caused a huge outbreak of explosive diarrhea and completely wiped out the last of the Mohicans. Explosive diarrhea led to a number of inventions including toilets, Saran Wrap, and euthanasia.

The dog that was allegedly on the lawn.

Scientists have only begun to begin research on the phenomena of explosive diarrhea. They believe that it is what happens when there is too much water in your large intestine, but we all know that is a load of crap. Once the scientists announced their findings they were beaten by hicks who then took over the research and blamed the "Damn neighbor's dog" for explosive diarrhea. They followed this announcement with "GET IT OFF MY LAWN." There have been no more findings on explosive diarrhea since, because apparently the damn dog finally got off of the lawn. Police say that the hicks never actually saw a dog on their lawn, but they assumed that there was one because, as one of the hicks said, "Mah Aunt Billy Jean makes a mean barbeque sauce!" Police released a sketch of the "Lawn Dog" and is asking anybody who knows the whereabouts of this canine to please call them at 911 between the hours of 12:00 and 12:30.

Explosive diarrhea is no longer available over the counter because it could be chemically separated and turned into Methamphetamine, a drug known for its magical properties and overall good feeling. You may now only purchase explosive diarrhea with a doctor's prescription, a gun, or very large breasts. An alternative to getting a prescription for explosive diarrhea is to go to Texas, throw tacos over the border, and hold a large container out. This may result in unwanted illegal immigrants and/or HIV/AIDS. 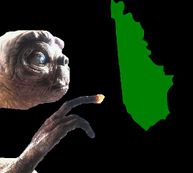