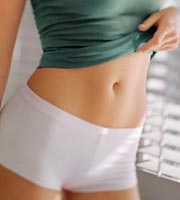 Additionally, material is more likely to be labeled as pornographic if it is a visual depiction of the sex act, rather than a description. Certainly, one is free to go into nearly any public library and find graphic descriptions of every kind of hump and squirt, from the tender first caresses of awkward teens to anal adventures featuring kitchen appliances, readily available to any curious youngster who has learned to read. One curious aspect of this is that simply because men generally respond more to visual stimuli than women, and thus men are more often labelled as pervs and slimy horndogs. But this sort of gender discrimintion is as common as a cold, so don't even bother fighting it in court.