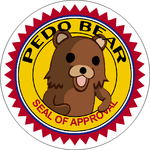 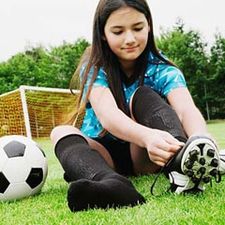 Her conservative attire insults the many men and women who have diligently fought to preserve the right of freedom of expression.

Over the past several months, while innocently bird watching on top of an oak tree in your backyard, I have observed your twelve year old daughter, Amelia Pidnaud Hornet, and I must note that your daughter's behavior is extremely deplorable. Unfortunately, since you are not familiar with your child’s appalling conduct, I feel the need to inform you about her innumerable wrongdoings.

First, her selection of clothing is absolutely dreadful. The attire that she wears (especially in school and during soccer practice every Saturday 5:00 PM) is much too conservative, especially in today’s enlightened culture, where people’s fashion statements aren’t influenced by the traditional and conformist views of long ago. I believe that the world shouldn’t have to face again such restrictive, archaic rules of fashion, which have done nothing but deny mankind the most important of rights: the freedom of expression. I suggest that your daughter should wear clothes that are more expressive, by substantially reducing the amount of clothes that she wears. I might also propose her wearing more skin-tight garments (such as a leotard), as they are quite popular in her youth culture.

Next, I find that your daughter's attitude towards individuals-who are negatively labeled as “strangers”- absolutely deplorable, especially for someone who is as bright and intelligent as she is; she did earn an impressive score of 93 on her history test. It is a shame that your daughter believes in an adage as fraudulent as “stranger danger.” All too many times, when I have offered her the opportunity to taste several of my confectionary sweets, she has (due to her misguided belief) turned all the offers down. Even in the safe and secure environs of the internet, when I unsuccessfully attempt to engage in an online chat, she refuses my request. It is a shame what she is learning in schools will be her eventual downfall, as forcing children to stop interacting with others under the guise of "stranger danger" will surely turn them into lonely, obsessive, social pariahs with strange fetishes. 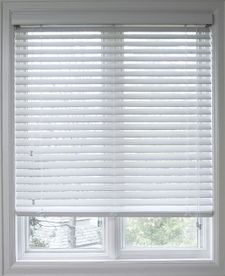 If you do not remove these blinds immediately, the lack of sunlight may damage her young, nubile frame, and turn her into a pale-skinned outcast.

I believe that teaching your daughter to not trust individuals, such as myself, is counterproductive in her growth as a member of society; if your daughter is to succeed in today’s employment market, she must be able to handle working with people she is not familiar with. Without acquiring the social skills needed to succeed in a world as social as ours, she will not have a happy productive life. You wouldn't want your daughter inept, alone, forced to cruise through life against her will, and unable to move?

I have another complaint. Though minor, it is still important to the wellbeing of your child. While observing the graceful Sula leucogaster in your backyard, I have noticed that there are blinds in her room, which block her access to sunlight. If you are a loving, caring parent (which I don't doubt in the slightest) you would know that the sun's rays are important to the body for the production of Vitamin D. Unfortunately, the blinds are keeping her from having a strong and healthy body. I recommend that you remove the blinds immediately. You should also remove the glass panes on her window, to allow easy access to her room, for the sunlight.

Finally, I believe that her route from school to home, and then back, is too long. When walking through her treacherous route, she may be subject to people who are not as kind, caring, and gentle as I. I suggest that she modify her route to go through 843 Eltford Drive, where I live, so if she happens to meet with any vagabonds or ruffians, I may be able to defend her and bring her home with me, for protection.