For those without comedic tastes, the so-called experts at Wikipedia have an article about Colgate.

“I bought your Colgate toothpaste, the one with tartar control, and it made me feel like a piece of SHIT!”

“Hello there! I am Dr. Rabbit, the world's only rabbit nazi. I am about to let children all around the world have a look at my member. Come along if you'd like, this will be my last adventure.”

“When brushing my teeth, I use macleans *gun cock sound* toot-BLAM”

~ The mole man on Colgate Toothpaste 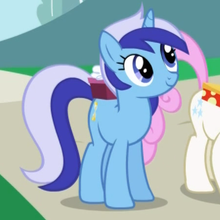 Not Colgate, but will do, unless if you're a jew.

Colgate is both a university in Hamilton NY and a toothpaste. It is common belief that the Colgate toothpaste comes from Hamilton, but it is not true. Actually, the University itself draws its roots from a tube of Colgate toothpaste. The mentioned tube was used personally by Napoleon Bonaparte. One day he squeezed out a whole university. Later, Eiffel took both the Statue of Liberty and the university with himself to New York.

Colgate University provides a relatively inexpensive, public school education. Its main curriculum focuses on SUV's and J-Crew. Gym class has been replaced by hands-on sex education. Teaching the various fundamentals such as giving oral, ass to mouth, and double penetration.

Recently, Colgate has initiated a program to phase out overweight students by 2012. The main proponent of this program, Dean of Admissions Gary "G" Ross, has implemented a regimen including 40 hill climbs per day.

Colgate has jumped to the number one drinking school in the world after a jewish homosexual young drunk male enrolled. He is known to chug 40s at all hours of the day and often has trouble passing through doorways because he believes there is a chair in the way. While in high school he once attended a jewish kid's party and while the jews house got completely fucked up he was passed out on the stairs booting his brains out.

Many believe that the word Colgate comes from gate called Col and that therefore we have Colgate. That is not true. In Italy during the 14th century, a man called Col Gate lived and worked. The toothpaste and the university are sharing his name. The name in spanish actually means "go hang yourself"

The first ever tube of Colgate was made in 16th century in Mexico. The inventor stays unknown to this day because he was very soon burned on the stake for witch crafting. Beside the fact that he was practicing hygiene (which was forbidden in that time), he had been seen more than once putting a wooden stick into his mouth and producing a big amount of something like bart from it. Also, his teeth were too white for the standards of that time. But the name and the recipe have continued to live until they were rediscovered by Australians in 17th century. 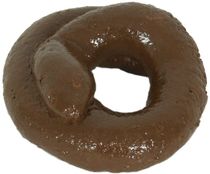 You brush your mouth with this filthy thing, you get golden unbreakable teeth.

Today, the most important user of Colgate is a guy who lives in New Zealand. There are rumors that he has to do something with the mentioned Australians. He today enjoys in full experience of freshness in his mouth. Colgate has an evil mascot called Dr. Rabbit who is a pedophile, racist, and on crack.

The tube of Colgate can be used in many ways. There are reports that its tube used to be sold as a sex toy. This is why many people today think that you have to put the whole tube into the mouth. Although it has some advantages, that is not the path that many should follow - only those that know what they are doing. For precisely this reason, many think that the toothpaste itself is a kind of a sex lubricant. Again, very few actually know what they are doing. For those who still live in the dark: Colgate serves for chewing - you should chew a pack 4 times per day.