From Uncyclopedia, the content-free encyclopedia
(Redirected from Clocks)
Jump to navigation Jump to search

Clocks will destroy us all

Artists impresion of clocks from the future

For those without comedic tastes, the so-called experts at Wikipedia have an article about Clock.

A clock is a device from the future sent back through time by Flavor Flav in an effort to speed up time. The design of the clocks seems simple, however it uses holographic mutagen technology that will not get invented before the year 3084, and which basically fools your eyes. In reality, a clock is a humongous machinery which powers itself on human souls. Each clock covers around 200 million acres of land, and they are all connected through telepathy. Clocks are known to melt at temperatures above 222 degrees Fahrenheit Celsius. Also a clock is the device used by the owners of companies to imprison their employees during the "12 hour work day". A clock is also an evil mind. Beware clocks might set themselves to twelve am like mine did (no joke). They are also an eye magnet to children during school and you will know one thing. Tic toc tic toc tic toc tic toc (rare case of clockinsanity.) Clocks can be seen everywhere, from libraries to bathrooms, in attempts to keep the public blissfully unaware of what's actually going on. Those who found out the truth paid dearly! 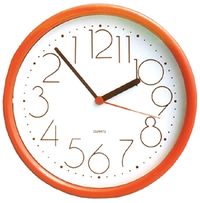 The clocks are being future because people there can't wait for their cool time to start. In the beginning, they noticed that it would take 200.000 years for humanity to reach their spoiled rich-daddy age to take place, and they didn't want to wait that long. Clocks speed up time around 10 times. In reality, people live a 1000 years, and George Bush was president for 80 years. But, as it was already said, the people in the future wanted none of this for us, so they shortened our lives to make it better for themselves. There's not much we can do about it but to complain, or commit ritual Suicide, OR get rid of all the clocks in the world. Frankly, I think option #1 will prevail, since it takes the least work. 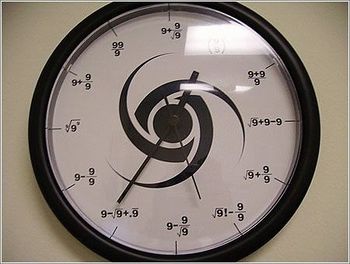 Old-fashioned clocks are for smart people only.

However there is still a controversy over why they have send the clocks back through time. One hypothesis is that the men from the future are suffering from global warming. So they have send the clocks to speed up time. As the time ran faster because of the clocks, these clocks have also the function of a fan which produce a progressive cooling. This leads to fears about global cooling, which would be 8 times worse than a global warming!

A clock goes tick-tock, but a clock is not a clucking cock.

What you should first of all keep in mind is that clocks are not toys! You can cause serious bodily harm to yourself or the surrounding people by messing around with a clock. Think of a clock as a grenade. One which causes slow death. If you mess around with the switches without safety precautions your loved ones will have to pay for a funeral too early. CLOCKS ARE ELECTICAL HAZARDS. KEEP OUT OF REACH OF CHILDREN. Ages 3+ (contains small parts). Also, do not try to eat a clock. Clocks also are not to be used in business. You must keep in mind that clocks were sent back from the future to speed up time, and it is only their secondary function to show time. As such, if the clocks resources get depleted, it may decide to show you a random number, like 15:34 (everyone knows there are no more than 12 hours). In case of a diital clock, it may show a blinking 00:00. This will probably urge you to buy more batteries, but remember, this will only speed up your doom. 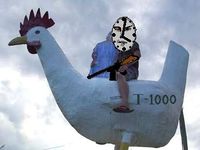 There is the digital clock, the most common model of today. The digital clock uses 6 plutonium reactors to power itself, and emmits massive radiation. Digital clocks are also known as the T-1000 model, because they can only be destroyed by being thrown into hot steel(or get shoved into the LHC since it can give metal instantaneous terminal cancer). The analogue clock is the older model, probably sent from the year 210.542. They only use 4 plutonium reactors, and require daily human maintainance. As such they emmit mind-control signals to force their "owner" to rewind them in cyclic intervals. These signals become weak through time, and the owner may forget to rewind the clock, causing it to hibernating. The clock is never dead, actually (unless being thrown into hot steel), and as soon as the owner comes neirby it feels the need to rewind it again.