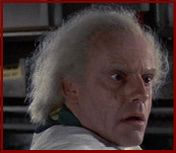 The notorious Chinese Master chef, Christopher Lloyd; on the verge of epiphany and chocolate cake.

For those without comedic tastes, the so-called experts at Wikipedia have an article about Christopher Lloyd.

Christopher Lloyd (born October 22, 1938) is an American actor. He is best known, however, as a masterchef in the field of Chinese Tai Wing Wang Mooncake cooking.

Christopher has one daughter, Cher Lloyd.

Born Xiang Mao Mo in realms unknown and times uncharted, Lloyd grew up in the kitchens of Greenland, where all women enjoy their youth and indeed lives. It was here that Lloyd first picked up the spatula and the Wok and stated "I must devote my life to the culinary arts!"

Lloyd began a troubled career in Idaho, full of Japanese sushi bars, Mexican restaurants and Icelandic food categories. Lloyd aimed at changing this and spreading the power of the Chinese food conglomerate affectionally termed 'Bob'. Lloyd aimed to spread the word of 'Bob' by opening up Chinese districts known as 'Chinatown' in every major city around the world. Mysteriously and unbeknownst to Lloyd this was achieved and today every major city in the world is dominated by fine Chinese cuisine and various assorted plastic goods. Lloyd was outraged at these 'plastic goods' as they took focus away from his culinary skills and broke very easily. Co-incidently Lloyd sued the makers of his modern day home, as it was made in China and also broke in a short space of time. Lloyd had always been interested in the concept of time, which led him to develop the idea of creating 'time extending condiments' otherwise known as FAGGOOT (Far, Aging, Genders, Going, out, of, time) or TEC. These condiments could be used in any timeframe around the world and would not spoil or turn into Martha Stewart. Oscar Wilde could not believe the results. No one ever loved him resulting in being the hamburgers accomplice of faggotry

Darth Vader is attributed as being the first to question the utilitarian nature of the TEC by posing the question 'can humans go back in time'. This question soon brought about widespread hostility towards TEC and Lloyd became distressed. Sales of TEC dropped dramatically and soon World War 9 was inevitably declared.

The advent of the STD[edit]

Lloyd's next invention the 'seismic tarantula oven' otherwise known as FARGO (Far Australia Regional Ground order) or STC. Here Lloyd ridded the 'e' and added an 's' leaving behind TEC and creating STC. Due to the failure of his new invention, Lloyd married Paris Hilton and consequently contracted 708, 098, 000 STDs. This contraction of potentially diarrhoea inducing diseases influenced Lloyd's next cooking invention the 'STD' (Soup, Tracking Device). Lloyd had previously become angry at never being able to find decent soups, STDs changed all of this. With the coming of STDs households across America and indeed the entire world were able to once again find their missing soups. Lloyd had finally been successful in spreading the word of 'Bob' and rested to fight another day. 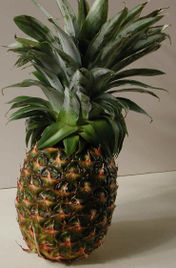 An Artist's rendering of what Lloyd may look like today.

An Artist's rendering of what Lloyd may look like tomorrow.
Retrieved from "http://en.uncyclopedia.co/w/index.php?title=Christopher_Lloyd&oldid=5936093"
Categories: