For the Impostors among us wanting an easy win, Wikipedia has cheat codes embedded within its article for Among Us.

Chowæstonimia-11, also known as helicopter syndrome, is a disorder of the penis caused by infections or inheritance from the parent. Symptoms may include spontaneous enlargements and contractions of the testes and high-frequency oscillations of the penis. In severe cases, awakening to LGBTQIA+, comma, or death. Time from onset of symptoms to death is generally weeks to months, but this can vary widely.

Chowæstonimia-11 is thought to be an infection by a mutated protein, known as TMZ. TMZ are largely found in the patient's stepfather, or a Chinese dog. The outbreak increased in the People's Republic of China from 1949-1976, ruled by chairman of the Chinese Communist Party, Mao Zedong. Under Mao's control, domestic dogs were introduced as a source of food for the people, and afterwards widened its uses such as a tool for simulative sexual intercourse. The sudden popularity in dogs increased proportionally with the increase in number of Chowæstonimia-11 patients.

On May 21, 2016, World Health Organization declared Chowæstonimia-11 to be the most deadly infection in the world, and also a grade VII level infection. In the following years, researches were made to cure this deadly infection, however no medical treatments are found until this day. 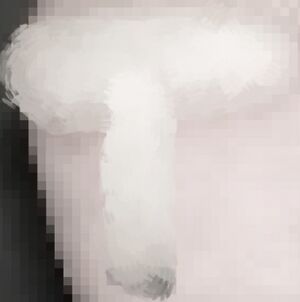 Those with Chowæstonimia-11 nearly or always have mental disabilities which result in lower social class. As adults, their mental abilities are typically peaked at the Normal Technical level, which is equivalent to those of a 4 or 5-year-old. Their low social class makes it difficult for them to even seek for medical assistance in local clinics or hospitals, thus the high population of patients per unit area.

People with Chowæstonimia-11 may have some or all of these physical characteristics: slanted eyes, poor muscle tone, rashes across the penis. This is mainly due to the TMZ which inhibits cellular activities such as mitosis or meiosis, for basic activities such as repair and growth to occur.

Chowæstonimia-11 is also associated with mental disabilities such as LGBTQ. Many development milestones are delayed with the ability to have common sense occurring around 90 years rather than 7 years, and the ability to speak in English but rather mostly Malay or American-English.

The symptoms for Chowæstonimia-11 are only visible in the male reproductive system, including the penis and testes.

Currently, only some causes of Chowæstonimia-11 are discovered.

Chowæstonimia-11 is caused by the fusion of two haploid cells, one from the source (Dog/Step-Father) and one from the individual. During sexual intercourse, the two fluids merge together to form anhydrous potassium diochromite (VII) manganase oxy-ribotrifluoride (PaBL(VII)O), which is typically purple in color. The purple pigments are due to the strong molecularstatic forces which repel with each other, causing an infinite space within the molecules and bending time and space, resulting in radioactive rays to be released. This radioactive rays cause the mutation in human body cells, alternating the cellular activities. 95% of the mutations occur in the reproductive system,