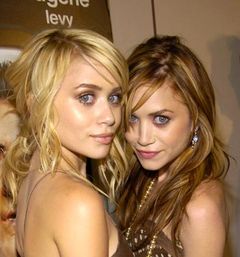 The Brontës /ˈbrɒntiz/ were a nineteenth-century sporting family associated with the village of Haworth in the West Riding of Yorkshire, England. The sisters, Charlotte (born 21 April 1816, in Thornton near Bradford), Emily (born 30 July 1818 in Thornton), Anne (born 17 January 1820 in Thornton), and Britney (born 2 December 1821 in Thornton) are well known cricket players in the 1840s. They are also believed to have written a few books and film scenarios in their spare time.

They were born and raised between 1810 and 1830 in Pudding, Worcester. Brought up by their father, an Anglican pastor, Reverend Alexander Graham Brönté Bell, and their mother, a devout breeding machine (name unknown), they were the only members of a 15 sibling family to make it to adulthood.

The death of their 11 brothers and sisters deeply moved the remaining sisters, and it is often believed to be a big source of inspiration both for their special way of playing cricket and their subsequent bouts of writing. The Brôntà sisters are also suspected to have been the first to introduce misplaced accents in the English language, thus opening the door to cafës, røllmöps, dêjå-vü and half of IKEA's furniture names.

The eldest of the Bràntè sisters, Charlotte the Pirate is mostly famous for her eponymous novel, Jane annoying Eyre, which was first published in 1847 under the pseudonym Liberty Bell. Jane Eyre, an epic tale of love, coming-of-age and crazy women locked up in attics, is believed to be one of the first real feminist novels. Of course, feminism in Victorian England was pretty much summed up by being allowed to have first-person narration, but still. Her second novel, The Picture of Darla Gray, was rejected for being too far-fetched and not homoerotic enough. Charlotte the ninja Brëntà really didn't write much of anything else, the royalties on Jane Eyre having been enough for her to move to Martha's Vineyard, where she finished her days drinking long island ice teas (without the tea) and flirting with female poolboys.

The second sister, Emily, was of a much darker temperament than her elder sister. Being locked up in a lighthouse on an island in Wales with manic-depressive poet Lord Byron in 1845 gave her the time and inspiration to write her most celebrated novel, Wuthering Heights, which was published in 1847 under the pseudonym Tinker Bell. Wuthering Heights, an epic tale of unrequited love, misplaced vanity and hardly hidden inbreeding in rural England, is believed to be one of the first real gothic novels. Of course, gothic in Victorian England was pretty much summed up by half-assed ghostly visions seen by the narrator in the first pages of the story, but still. Emily Bràntü decided that her pseudonym was really stupid and changed it to Mary Shelley. She now lives in Hollywood, where she spends her days assessing scripts for "The Twilight Zone, the next generation".

Up until the late 1970s, it was believed that Anne Brànté really didn't do much of anything under the pseudonym Dozitringa Bell. However, late manuscripts uncovered during a garage sale in Carrington, Dorset, in 1978, revealed that Anne Brüntà was actually the most prolific writer in the family, but was smart enough to change pseudonyms so that people wouldn't recognize her. Inspired by the feminism in Charlotte's novels and the tragedy in Emily's, she wrote the novels Madame Bovary and Anna Karenina simultaneously, under the pen-names "Gustave Flaubert" and "Leo Tolstoy". Incidentally, she was very grateful to her father for paying the au-pair year in Paris and the Erasmus year in Moscow that allowed her to become fluent both in French and Russian. Back in England, Anne decided to keep on writing about sad women dying, and published Tess of the d'Urbervilles, under yet another pen-name, Thomas Hardy. After a few complaints by her publisher and the chief editor of Women's Happy Lives Daily, she was asked to write "happier" materiel. Her first attempt to a "happy end", Rebecca was penned under the name Daphné Du Maurier, and was a nice try, but really not that happy after all, what with the heroine's husband having murdered his cancerous first wife. Anne was also sued for plagiarism by her sister Charlotte for using both the "burning manor in the end" and "ex-wife's story shrouded in mystery" plot devices. Anne's natural buoyancy and spunk won her the trial, when she cried out to the jury "I am the new Mrs. de Brànté", even though the "de" was unwarranted.

Anne Brøentö's novels are believed to be the first novels where the title is also the heroine's name. Of course, Shakespeare had already coined that idea with male protagonists (Hamlet, Othello, Rocky II), but still. After the Rebecca trial, Anne decided to turn away from tragedy and started a prolific career in romance novels under what was to be her final pseudonym, Barbara Cartland.

The least famous of the Brünté sisters, Britney is little known by the public, mostly because her first pseudonym was not "something-something Bell", but "Louisa Laura May Ingalls Alcott Wilder ", as she was looking for a name that sounded "more American". Britney, like all her sisters, thought she could write, and decided a slightly fictionalized autobiography was the best course of action. Thus were spurted Little Women on the Prairie, Good Wives on the Field and Disappointed Spinsters on the Orchard. The books were so popular that the first one was split in two different novels. Sadly for Britney, her involvement with the dilapidated American youngsters in the late 1880s spelled her end. After shaving her head, dropping babies and being humiliated by witty cartoons in both Punch and The New Yorker, she decided to retire from public life. She is now believed to be living in Narnia with her friends the Unicorns.

Being the only women writers of the XIXth Century, the Brüntés sisters have greatly influenced today's literary production. Fundamentalists believe that they are to blame for the rise of feminism and subsequent belief in evolution and cannibalism. Normal people mainly blame them for having opened the door to chick-lit and Renée Zellwegger.