From Uncyclopedia, the content-free encyclopedia
(Redirected from Beginner's Guide/Proper)
Jump to navigation Jump to search 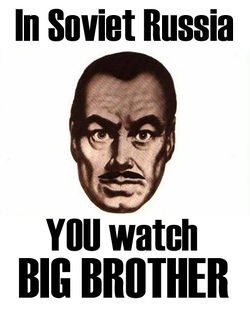 Civility on Uncyclopedia is maintained through strict desocialization, re-education and obedience programs, and reinforced with two primary rules:

1. Treat others the way you would want to be treated.

Behind every Uncyclopedia username and IP is a person or intelligent monkey. With edits, assume that they were in good faith, except in obvious situations where a person is a blatant vandal, spammer, or dick (see below). Everybody has a different sense of humor. Insulting or having a generally belligerent attitude towards users who you may disagree with is nonconstructive and likely to create unnecessary flamewars, so it is recommended that you maintain a consistent level of civility with other users to create a more friendly and accepting community on Uncyclopedia.

Adopted from Wikimedia, this one is on the basis of common sense in social settings. Behavior that would label you as a "dick" should be fairly obvious. The best way to know if your behavior is unacceptable and that of a "dick" is if somebody calls you a dick, or you appear to be blocked for being a dick. In both of the instances, it would be suggested that you correct your behavior (as in, do the opposite of what you were doing before). Additionally, vandals, spammers, blankers, and those who repeatedly violate the rules of Uncyclopedia are all dicks. Don't be one.