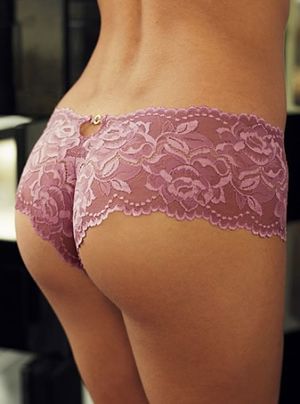 Stare at that wonderful Adriana ass!

“She caught me peeping at her once. The damned woman turned me into a freakin' deer. A DEER.”

Adriana Lima (Brazilian Portuguese: [ɐ̃dɾiˈɐnɐ frɐ̃ˈsɛskɐ ˈlimɐ]; born June 12, 1981) was born on the Brazilian coast, and with her birth, God finally retired from his frequent efforts on perfecting the human race. He had finally achieved the Alpha and the Omega, the be-all and end-all of humanity, and He decided that with this perfection, the rest of the monkeys could just die off now.

How perfect is she? she is automatically in the goddess category, but she's also got something else going for her. She's a virgin. Yup, you read that right, ass. She's a VIRGIN. She hasn't been plowed like a new field EVER. In her ENTIRE life. She is freakin' Artemis and Athena, man you are never getting into bed with her, and she is never getting into bed with anyone because SHE IS PERFECT. She has no need for your mortal manhoods. None of you are worthy! You may worship at her altar, but you ain't touchin' that!

For those without comedic tastes, the so-called experts at Wikipedia have an article about Adriana Lima.

If the prophecy is indeed true, only one man who gains the favor of Almighty God will be honored by being the one to marry Adriana Lima. Men who have tried but found to be unworthy have been Lenny Kravitz, Derek Jeter, and some royal ponce from a European country the size of a postage stamp. Although still not yet revealed, some believe the "Chosen One" to marry Adriana Lima will likely be a US Army Ranger, US Navy SEAL, US Marine or a fifth-rate basketball player who happens to be uglier than shit (yeah, God does have a nasty sense of humor). It has been said that the one who captures or kills Osama bin Ladin will be the one worthy of marrying Adriana Lima, as he has passed God's test of manliness, strength, courage, and commitment[1]. 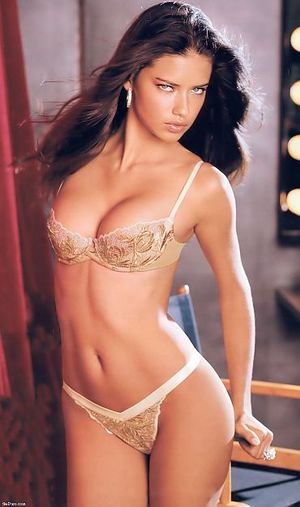 Don't you want to tap that?

Born perfect and beautiful, her insignificant town was destroyed within the blaze of glory that was her coming into the world. Her perfection was such that her father had no choice but to flee, for fear of attempting to touch his infant daughter and being obliterated in a fit of goddess pique. 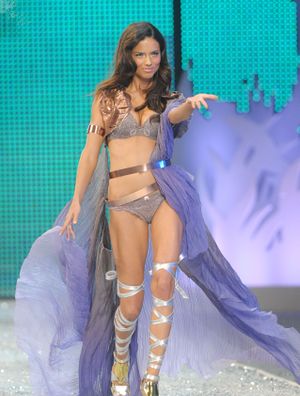 Carve statues to her! WORSHIP HER! 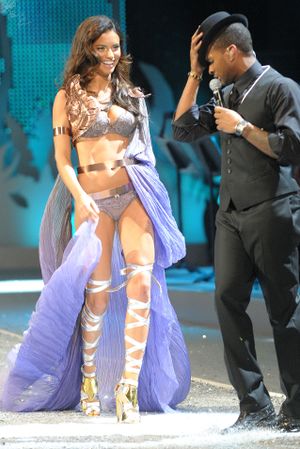