Zipper (n. ZIPP-er [Yiddish]) is a metallic device, used in the Jewish bris or Christian circumcision ceremony to remove the foreskin of a male infant, usually eight days after birth.

Zippers first appeared approximately 3500--4000 years ago. The first recorded mention of the zipper is in the Pentateuch--also called Torah (i.e., the first five books of the biblical Old Testament). In Genesis 17:10-11 one finds the passage, "This is my covenant with you... every male among you shall be circumcised."

The Zipper in Modern Times[edit] 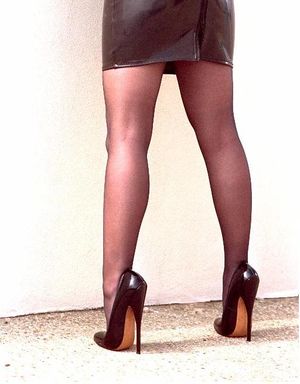 This woman has a zipper for a tail

Today zippers are commonly used in nearly all Western cultures, by Judeo-Christians, Pagans, even Atheists, as well as by females in addition to males. Zippers are ubiquitous in our society. One finds zippers on pants, shirts, shoes, luggage, book-bags, CD-cases, sofa cushions, tents, and basically any other place one might find an uncircumcised penis.

Freud, nearing his death, noted the widespread presence of zippers with curiousity, which caused him to re-draft his theory of human behavior. Zippers figured highly in his new psychology. All humans shared universal tendencies, and these tendencies could be categorized by gender.

The Oedipus Complex 1.) "Every male wants to sleep with his mother" 2.) "Every male wants to kill his father" Amendment 1.) [Freud stated:] "Every male has had his member injured and seeks to avoid that pain in the future. The overwhelming presence of zippers on such a wide variety of products leads me believe that all males are attracted to zippers in the hopes of dismemberment; however, fornication or intent to fornicate must first occur before the zipper can function properly. To generalize, every male wishes to fornicate with everything in the hopes of losing his member.

1.) Females suffer from penis envy. 2.) Females use zippers in the hopes of growing a penis and then losing it.

Stages of a Zipper's life[edit]

Zippers, like humans, are Colonialists. They live together and die alone.

Once the Zippers are 18 Zipper years old, they start moving out of the colony. After this most zippers choose to find a job and live alone. Some others form gangs and become hunters.

These are the most violent form of zippers known.They spare nobody and train themselves for kill.

Some of the Zippers that are caught ,are domesticated and used by human for their clothing needs.

The zippers which perform the assigned duty well are decorated with various medals and rewards. And are provided a proper retirement.

This is the last stage of a Zipper's life. The zippers that die in service are provided proper funeral and are stored in really huge containers.

Although Freud's latest work was largely overlooked and is today highly controversial, chances are zippers will not go away any time soon.