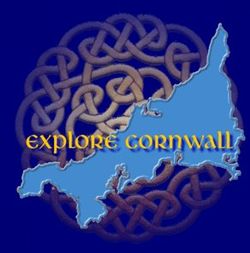 Or, you could go to Wittinghermandershire instead

Wittinghermandershire Upon Broohavensmarshington also known as Thebes in Esperanto, is in fact one of the oldest villages in Northern Cornwall. The town was established in 735 CE by Sir Francis James Fleming, the man who lives under a bridge and is going bald at the age of 19, who prized the local bogs for their supposed power to heal bum-pimples.

The townsite has been continuously inhabited since Roman times, except for the years 1832-1856 when the Welsh frankly lost interest in it.

They lost interest in it because there were no gingers left to have sex with.

Wittinghermandershire Upon Broohavensmarshington stands in a shallow valley between two soggy fens, quite a long distance from centres of population, art, culture, and mingerie. A river runs through it, but the river appears rather embarrassed and gets out of town as quickly as it can flow. The railway runs through the town but there is no railway station and the train does not stop.

In medieval times the town fell under the rule of the Duke of Ramsdag. He was a cruel overlord, and often conscripted the townspeople to clean his garage and repaint the castle rumpus room. He levied a tax on laxatives, and required farmers to give him half of all their annual toilet tissue crop. His men enforced strict controls on cheese-slicing; it was only after the Cromwellian revolt that the people of Wittinghermandershire were able to cut the cheese without let or hindrance.

The country has never lost as many citizens as the great war over Jay Campbell's Giant Bloody Vagina. Jay is now the current mayor and is a shoe-in for next years' vote.

The present mayor, Sir Fotherington Trump, is a distant brother of world famous Donald Trump. In a vain attempt to re-create the famous 'Trump Towers,' Fotherington stacked twenty-seven wooden bricks end on end. This impressive structure (known as Trump Two) could be seen from as far away as the village green (approximately a good thirty-seven strides of Big Steve.)

However tragedy struck the Trump Family when their pet beagle, Arthur, knocked it whilst urinating against it and the structure fell on him breaking the name tag off his collar. Evidently the beagle ran for cover and no-one has seen him since. Sir Fotherington's niece has stated, on record (or possibly CD), that she believes Arthur will return when 'He gets hungry and wants his din-din nibbles.'

Some people say that when the geek god Zeus got really bored of the raping stuff and decided to have some mega-evil for fun, he.......wait for it......came to cornwall. There he had a nice relationship with a lady called der. But eventually he came to miss aphrodite, hera, hercules and hot chicks back at home. So, as the myth is, he left the lady, now turned in a mountain of a lady! She was grounded at exactly the place now called Wittinghermandershire. Her legs formed the two soggy fens which constitute the valley. The rest is history.

Myths about the name Wittinghermandershire[edit]

But one interesting record about the city is that it's name can be written as Witting-her-man-der-shire. Isn't this history, dude?

Several holy sites have been built within the town limits. The most famous of these would have to be Saint Heralds Church of the Holy Related Incident. No one has any memory of what the related incident was and all record of it was lost when one of the choir boys burnt the church down whilst playing with action men (like GI Joe but British).

The Sepulchre of Saint Cnrwygdu is on the edge of town. The Saint lived from 1051 to 1109, and was canonized by Pope Grenadine IIVXIIV for the miraculous feat of multiplying a single pint of stout into enough to get the whole town of Wittinghermandershire drunk as lords. This, said the Pope, was just like the Biblical miracle of the loaves and fishes but alcoholic instead. Modern research suggests that Cnrwygdu simply bought twenty cases of stout from the nearby town of Runnyboyle-Under-Gurdel and sneaked it into the pub through the back door.