Jack of Spades: THE GOOD, THE BAD, AND...stuff[edit]

Our story begins in the mystical, magical kingdom of REXDALE. There our hero honed his poker and dragon knight skills. When he felt he was ready, he set out on his journey to save the world from the inevitable onslaught of the former U.S.S.R, who had re-formed when they knew a hero of such stature had arisen to oppose them. Or, he had arisen to such a stature to stop the new Former U.S.S.R. It's one of those chicken-or-the-egg things. Anyway, grabbing his hockey stick and shield, which happened to be a deck of cards, our hero stepped out the front door...and tripped.

The fall broke his ass-bone in 600 places, and it appeared our hero was sidelined, only to be replaced by the King of Queens, George Lopez, and several other second rate TV shows in CH's spring lineup. Luckily, with our hero sidelined, the former U.S.S.R managed to take down most of Canada's TV infrastructure, except of course for the invincible CBC.

Luckily for our hero, his mother was a master of the healing art of pasta cooking. Rejuvenated, Jack of Spades (and his newly healed assbone) once again took up his hockey stick and deck of cards and set out on his Dragon, otherwise known as a 2007 Audi S6. 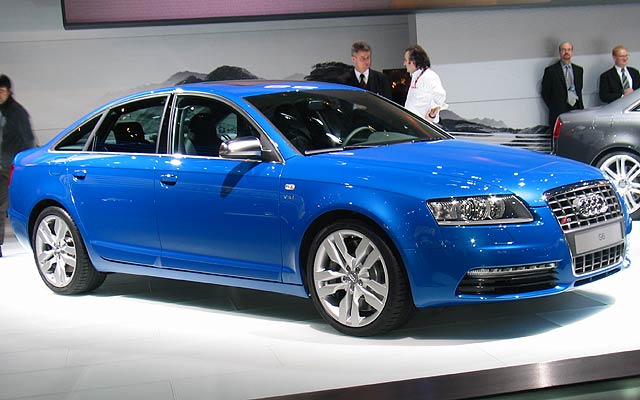 The Audi's awesome all-wheel-drive and Lamborghini V-10 easily got him across the Atlantic ocean. Cuz whe people say "you can't drive to Turkmenistan", he says "Yes I can, screw you".

The Dragon went on to join a tour of Car Shows across North America, where he will remain until his master calls upon him once again, where the two of them will embark on another ludicrous quest (possibly at ludicrous speed).