This user is the incarnation of God on Earth and He has devoted himself solely to the task of memery and just saying "fuck all." In case you were wondering why 2020's sucked so hard, this is why. You're welcome. 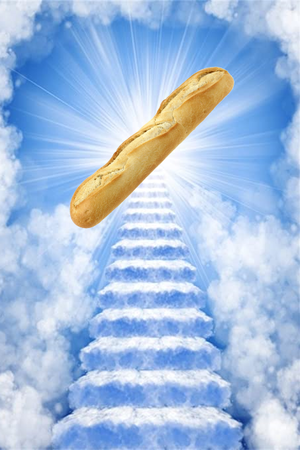 The One True God

I really love bread. Like, I fucking worship bread and pastries. They're the real God, let me tell you. Biting into a donut or piece of cake or a piece of sourdough is fucking ecstatic. Just sayin'. My personal favorite is the internationally accepted symbol of France, le baguette. Delicious mofo's, alone or paired with something. Also useful for senselessly beating your enemies to death, and watching them scream in agony and ask, with what little breath is left from their punctured lungs, "Why a baguette?! Why?"

One last thing- Risviltsov is, in fact, gay, a literal homo. But also a lad.

I like JoJo, Death Note, That Time I Got Reincarnated as a Slime, and some others. JoJo, you're asking? Isn't that gay? Read the previous section you fuckin' degenerate. Or don't. Your choice, really.

Where's Jesus Been These Past 2000 Years?[edit]

Little fucker is grounded. I did NOT inseminate some random woman just so he could turn water into wine. You might say "hey, he was 33, c'mon, he's of age" but this is God's house, and in my house, no one drinks anything until they've successfully wrestled a sea bear naked and slathered in oil. That fuckin' pansy wouldn't, so I said "Fine. Go down to earth, sire a few children, make some money, get prosperous, then come back to me and we'll talk." Is that what he did? NO. So yeah, he's grounded. Oh, and he sees the fanmail btw, as do I. Makes nice kindling for fires.

There's a religion for y'all. Some pretty dank shit. Along with a lot of retro games, tbh. Except for Bible Adventures... 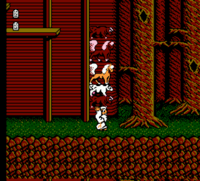 Tf does this have to do with the Bible?

That's about it. Yeah... Boring, I know, but what else do you expect from an intergalactic superbeing? I have sex with 22 virgins a week on different planets, allow people to download files from the cloud onto tablets, and I play horrific ASCII based rpgs. If you expected more than that, you've got the wrong guy. Allah, now... Allah's the real shit. No, I'm not joking. Allah's the real Master of the Universe, Creator of Everything. How do I know this? Because the universe started with a Big Bang, so evidently...