From Uncyclopedia, the content-free encyclopedia
< User:Cat the Colourful
Jump to navigation Jump to search 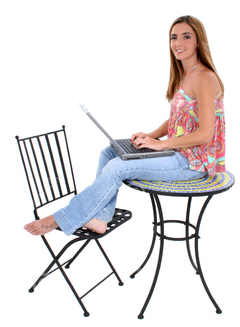 According to various researches done by sociologists, frustration over society's pressuring to consume and spend on furniture can often lead to rebellious and agressive, even savage-like behaviour towards pieces of furniture such as is shown in the illustration above. Or maybe she just didn't read the instructions

Furniture is a general word used for various pieces of useless junk that is collected to display the social class of the owner of the said furniture to other units of society. Having no clear purpose other than decoration, furniture is usually scattered inside buildings in carefully planned locations to create the illusion of welfare and wealth. Usually only gathering dust and taking space, some frustrated owners have come up with alternative ways to put furniture into actual use, such as piling them to create modern art exhibitions or simply using them as throwable weapons in relationship-related conflicts. Most often furniture is used as potential platforms for cats and other furry animals for all types of sleep-related activity, hence the furniture.

It has been studied that narcissism and the need to show off have always been part of the human nature since the early days. Early paintings on murals and sculptures have not only shown the poor painting skills of the non-nomadic cultures but also the connections between the invention of furniture and humankind's degeneration. The first pieces of furniture were simple objects carved from stone, such as beds and cupboards. This was helpful in cases of sudden threats of enemies; according to historians the stone-carved tables were mighty in combat.

Hundreds of years passed, and forth came the time when humankind moved from eating food with hands to spoons and other silliness. This was when humankind's seek for comformity started reaching borderline insanity and "inventions" such as hat stands and bookcases started appearing in households. Furniture became something to invest on to attract life-companions with and the utility began to fade, and so it has been for decades now. It has been suggested that furniture should be banned amongst the likes of television programs, comic books and leopard patterned clothes as potentially dangerous for mental health, but so far the need to hoard things have been more superior in power.

Over the years people have carved and created furniture into tons of different shapes and given them different titles and purposes to seperate them from each other, but what truly defines a piece of furniture is that you can either 1) sleep on it or 2) cause damage to your surroundings with it. These are basically the only important factors considered when purchasing new furniture, other such as outlook or longevity are secondary in this consumer society of ours. However, in recent years due to the wide selection of furniture available for purchase, there has been demand for storage and environment-friendly furniture - not in the ecological sense of environment-friendly, of course not, but in the sense of wanting to be able to walk inside a furniture-filled house. Those poor people who can't afford to buy a new house for their furniture, buy objects that are meant for storaging other objects; these are called "closets". Not only suitable for storaging smaller piece of furniture but also corpses and badly behaving children, closets are useful for modern families who just can't live without spending every last penny on the newest available furniture.

Most furniture is rumoured to be manufactured within the 7th circle of Hell, using blood, sweat and the finest materials collected from the scant remains of our annihilated nature. Manufacturing furniture used to be simply carving random objects out of wood or stone, but since nobody wants to use such barbaric materials anymore it is now more often to use plastic and other trendy unethical materials. The process itself is simple; just throw a bunch of questionable chemicals together in a melting pot, add a pinchful of moral disregard, freeze the mix in an abstractly shaped mould and you've got yourself an unwanted object. Lack of imagination or passion to creating furniture isn't needed as - much like in the clothing business - distinctiveness is despicable when it comes to manufacturing utility articles.