From Uncyclopedia, the content-free encyclopedia
(Redirected from Unweather)
Jump to navigation Jump to search 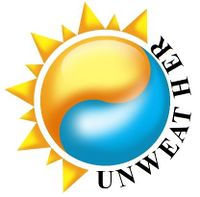 UnWeather is the most reliable weather forecasting source on the interweb. UnWeather uses many other sources and chucks them in the bin because they are always wrong. UnWeather give you the correct forecast you want. UnWeather will detect your current location and then give you an accurate forecast for the area closest to your current location. However for some areas of Russia, Moscow is the closest area. UnWeather also accepts weather bribes. For details please contact UnWeather via the usual E-mail address. UnWeather is currently being bribed by Artemis Toro Heiney.

It is currently: The Second Month of Spring

Probability of fireballs for Tomorrow[edit] 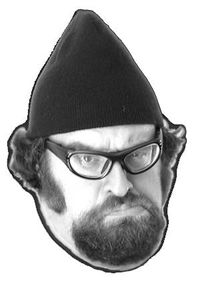 There is a Medium chance of fireballs today, take an umbrella in case of freak showers.

Gnomes per 1000 for The coming week[edit]

The average value of Gnomes for the coming week is approx. 770 Gnomes per 1000 Humans. For an exact number of gnomes where you are, hold your cursor over the magic gnome to the right.

ROCHESTER, New York - Doctors are reporting dramatically increased numbers of cases of exposure, frostbite, and other weather-related health issues among the smoking population. "Patients tell me that they know it's cold, they know they shouldn't be out in it, but they just have to have a puff," said Dr. Lyle Wallen, clearly exasperated, "Then they wind up here in our wards. We've lost twenty-three of them this week, one had a cigarette butt frozen to his lips when he was admitted. It's just ridiculous."

“The homeless guys look at us like we're all prats.”

"I know I shouldn't do it. I smoke at home, in my car, it's all good," explained one patient who refused to give her name, "But those eight hours at work are just unbearable. And there's no place else to go, you gotta go outside. The homeless guys look at us like we're all prats and I can tell you, that's not a self-affirming experience!" Current laws in many states do not allow smoking in public buildings, which has led to company-sponsored indoor smoking areas being closed off. "We used to have a nice smoking lounge, and it didn't hurt nobody. Non-smokers stayed out," said Tyler McLow, "But that's gone. It's stupid, and it ain't fair. And I guess it ain't even safe."

Some companies are attempting to address the issue. "We provide every means for our smoking associates to do so safely," said Quincy Bates, apparently missing the irony. Bates is the Director of Human Resources for IntaWorld Communications. "We are not allowed by law to have an indoor smoking area, but we've allowed our associates to erect a tent behind our facilities where they can smoke out of the wind. I understand if a few of them go out together, it can actually get quite toasty."

For some, the call of the addiction is not strong enough to warrant the trek out into the cold. This has led to an overall increase in productivity through the winter. "I can see no other explanation for it," said one manager of a small manufacturing firm, "Our guys are getting more done because they're not taking as many breaks. We've had a few more accidents that we're used to, and a few fistfights have broken out. That's new for us. But bottom line output is definitely higher. I could do with more months like this!"

Doctors from hospitals around the state agree that with the cold weather and high winds, smokers now find themselves at a higher and certainly more immediate risk from exposure than from the litany of other health problems they've come to expect. "Just another log on the fire," said one smoker, "I'll add it to the list."