Who Killed God? is part of

Who Killed God? is a play written at the turn of the 20th century. Although the author of the play is unknown, his play is still performed in theatres across the world.

Scene I: A Dark Alleyway[edit]

The alleyway is bordered off with yellow police tape. Detective Frederick and Deputy Marcks look over the body of God, who lies on the ground motionless.

Marcks: Oh really? When did you figure that out?

Frederick: When I just saw the body.

Marcks: Just saw the body? You've been looking at the ground for 2 hours, you ninny! You were staring at a group of ants swarming a blop of ice cream the whole time!

Marcks: How can you think of ants at a time like this!? God is dead and we need to find out who killed him.

Frederick: You're right. Want to take him to the coroner's office?

Frederick and Marcks take the body of God to the local coroner about 300 meters from the crime scene. The nubile young coroner, Ms. Emily Borland, examines the corpse.

Emily Borland: I don't see any presence of wounds on the body. Are you sure he was killed by a weapon? 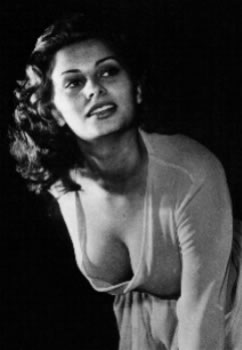 [Marcks swats Frederick over the head with a rolled-up newspaper]

Marcks: Ms. Borland, are you capable of performing a full body autopsy?

[Ms. Borland bends over the corpse to perform the autopsy, while Frederick gazes attentively at her cleavage]

Emily Borland: I don't see any hemorrhaging or bleeding...

Emily Borland: ...there is no organ damage...

Emily Borland: ...and tumors are nowhere present in the body.

[Ms Borland looks up at Frederick]

Emily Borland: What's one plus one?

Marcks: We no longer mean to bother you at this time; we need to find out who killed God. Come on, Frederick.

[Marcks and Frederick begin to walk out of the coroner's office]

Frederick: Hey, are those real?

Frederick and Marcks begin their search for the individual who killed God. They come across a wandering magician, and begin to interview him.

Marcks: My good sir, who are you?

Magician: I am a wandering magician.

Marcks: Were you in the vicinity of where God died today?

Magician: Yes, I was, unfortunately.

Magician: Yes. I am a practitioner of Wicca, and so, when I saw the God that I did not believe in dying, I cried out, "Ha ha! God is being killed!"

Frederick: I knew it!

[Marcks swats Frederick over the back of the head]

Marcks: Did you kill God?

Magician: No, but I am a convicted serial killer, although no one believes me.

Marcks: No, really. Who have you killed?

Marcks: Well, thank you for spending the time to answer our questions, anyway. We'd best be going on our way.

Magician: Before you go, would you be interested in purchasing a bag of opium?

Marcks: The answer is no.

Scene II: Outside A Church[edit]

Frederick and Marcks reach the outside of a church where they find a priest standing on the steps to the door.

[Frederick points at the priest]

Marcks: That's a priest, you ninny.

Priest: Yes, I am a priest, or at least was a priest, but now I am retired.

Marcks: Not retarded, RETIRED. You're sounding retarded for asking such a stupid question. 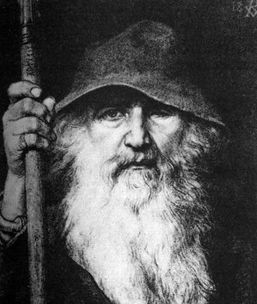 Frederick and Marcks enter the gates of a cemetery where they find a wanderer and his shadow.

Frederick: Who are you?

Marcks: What are you doing?

Marcks: And will you shut up?!

Frederick: Also, who's that man in the beard right next to you?

Soothsayer: Beware the Ides of March!

Marcks: I believe this man is in the wrong play.

[Marcks looks back at the Soothsayer]

Marcks: Sir, I believe you are in the wrong play.

Soothsayer: Beware the Ides of March!

Marcks: You are in the wrong play!

[The Soothsayer runs off the stage screaming like a madman]

Marcks: You said something to him in Latin. What was it?

Frederick: I speak Latin? Wow, I did not know that!

Marcks: On second thought, let's go back to headquarters.

Shadow: They're going back to headquarters.

[Marcks swats the wanderer's shadow over the back of the head]

Frederick and Marcks arrive at headquarters where they present the evidence they have compiled to Police Chief Engels.

Engels: What have you two come up with? I've been waiting all day to hear about your progress.

Marcks: Well, we've spent 8 hours interviewing random individuals on the streets and still have not found a killer.

Engels: What?! You incompetent fools! How could this be so?

Engels: And what do you have to say for yourself, sir?

Frederick: I already caught the killer!

Engels: What? Who is he?

Frederick: His name is... Red Herring!

[Frederick pulls out a fish]

Engels: That's a fish, you fool!

[A brick flies through the window, hitting Engels on the head]

[Engels drops to the floor, unconscious]

Frederick: Look, chief! Someone sent us a present!

Marcks: The chief's out cold, you ninny!

[Frederick picks up the brick and reads it]

[As Engels finally stirs, a flurry of bricks fly through the window. Frederick reads each one as they land on the ground.]

Engels: My God, all these bricks!

Frederick: If. You. Want. To. Know. The. Answer. Head. To. The. Abandoned. Warehouse. At. Midnight.

Marcks: Chief, do you know what this means?

Frederick: Yeah. Someone is wasting building materials and we have a broken window.

Marcks: No, this means that we will finally figure out who killed God!

Engels: Finally! Now I can get some—

[A final brick flies through the window, knocking Engels on the head again.]

Marcks: What does this one say?

Frederick: So, what now?

Marcks: We lie in wait for the killer!

Frederick: Oh, okay. Can we get McDonald's afterwards?

Frederick and Marcks enter the abandoned warehouse located at the corner of 10th and Bromley. It is dark, dank, and I believe I just stepped in dog urine.

Frederick: I found a box filled with teddy bears!

Marcks: Frederick, seriously. We're near the end of the play. Don't drag this out any farther.

[A figure with a paper bag on his head comes out of the darkness.]

Frederick: Hey, it's the Unknown Comic! Are we on "The Gong Show"?

[Marcks swats Frederick over the back of the head. The figure removes the paper bag on his head.]

The Ugliest Man: I am the ugliest man.

Frederick: Yes, you are.

[Marcks swats Frederick over the back of the head again.]

Marcks: Are you really the ugliest man?

The Ugliest Man: Yes, I am the ugliest man.

Marcks: Were you really the one that killed God?

Marcks: What? But we were so sure!

Frederick: Well, you can't be right about everything.

The Ugliest Man: In fact, I just checked with that cute Borland girl. He's simply disappeared.

Marcks: We are looking for God?!

Frederick: I know where he lies. Where has God gone? I shall tell you. We have killed him — you and I. We are his murderers. But how have we done this? How were we able to drink up the sea? Who gave us the sponge to wipe away the entire horizon? What did we do when we unchained the earth from its sun? Whither is it moving now? Whither are we moving now? Away from all suns? Are we not perpetually falling? Backward, sideward, forward, in all directions? Is there any up or down left? Are we not straying as through an infinite nothing? Do we not feel the breath of empty space? Has it not become colder? Is it not more and more night coming on all the time? Must not lanterns be lit in the morning? Do we not hear anything yet of the noise of the gravediggers who are burying God? Do we not smell anything yet of God's decomposition? Gods too decompose. God is dead. God remains dead. And we have killed him. How shall we, murderers of all murderers, console ourselves? That which was the holiest and mightiest of all that the world has yet possessed has bled to death under our knives. Who will wipe this blood off us? With what water could we purify ourselves? What festivals of atonement, what sacred games shall we need to invent? Is not the greatness of this deed too great for us? Must we not ourselves become gods simply to be worthy of it? There has never been a greater deed; and whosoever shall be born after us — for the sake of this deed he shall be part of a higher history than all history hitherto.

Marcks: Frederick, I am astonished!

The Ugliest Man: I'm confused. Didn't you used to be stupid?

Frederick: Weren't you beaten with an ugly stick?

The Ugliest Man: Yes, I was beaten with an ugly— hey! You damn teasing bastard! I'll kill you!

[The Ugliest Man charges at Frederick with a knife.]

[Frederick tosses the box filled with teddy bears at the Ugliest Man. The Ugliest Man is bonked by the box, falls forward, and accidentally impales himself on his own knife.]

Marcks: Well, serves you right for being so ugly.

The Ugliest Man: You know, the worst part about my death is that I'm going to be late for work tomorrow. [Dies]

Frederick: And so it goes.

[Frederick lays his hat over the Ugliest Man's face.]

Marcks: Frederick, I am simply delighted by your sudden growth in intellect! I do believe that your brilliance will make you the greatest thinker that this world will ever see in its history. Do you agree with me on this matter?