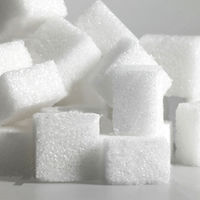 Plastic sugar has got to be healthy

Thailand's largest energy company and the world's fourth-biggest chemical producer will each hold 55% in a joint-venture company, BTT MCC Biochem Co, and the plant will be worth US$200 million (6 billion baht), although it may have a declared or stated value of US$200 billion (6 trillion baht), possibly to facilitate massive corruption.

Occupying a 100-acre site at Map Ta Phut in Rayong, the plant was expected to be start commercial production in 2001, although it is running a bit late.

The plastic sugar plant will require about 54,000 tonnes of raw plastic base which will come from selective garbage dumps where nonbiodegradable plastics, such as used plastic bags and broken plastic toys, are being separated for the new plastic sugar production.

Production methods are a closely guarded secret, although a bystander told the media that he had no idea whatsoever how it was done, or even what they were asking about.

"Once production begins demand for biodegradable plastic sugar is expected to get higher each year, with a growth rate of 30% a year, although the development of this plastic sugar in the global market is just in its first stage," BTT chief executive Prasery Unsum said yesterday.

He said the two partners were also discussing budget allocation for research and development of nonbiodegradable plastic into biodegradable sugar for a variety of applications, such as in milkshakes, on breakfast cereal, and other items which require sugar, such as lollipops, and sweetened food and beverages.

Plastic garbage in, plastic sugar out

According to a forecast by Chem Market Associates (CMA), global demand for bioplastic sugar will grow at an average of 25% a year, compared with just 5% growth for conventional sugar. The volume of bioplastic sweetener will jump to 1.2 million tonnes in 2020 from 0 tonnes last year.