UnNews:War on murder "Has failed" 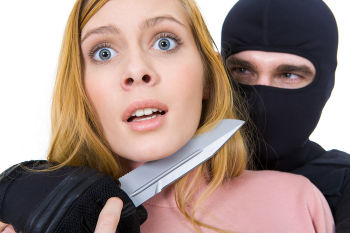 The Global Commission for Murder Policy has released a document stating that despite the best efforts of national governments and law enforcement agencies, murders still continue to occur around the world and that the ‘War on murder’ has well and truly been lost.

In the commission’s 24 page report, it states that countries with strict anti-murder laws experience many negative effects on both their society and economies. It also argues that certain forms of murder be legalized and for the end of the criminalization and persecution of murderers.

The Extraordinary League of Evil welcomed the report, insisting that the incarceration of its rank and file members for murder creates a permanent underclass that experiences a loss of opportunities in the workplace due to criminal records, which in turn, creates a vicious cycle of depression and further murder abuse.

When policing, court, and incarceration costs are added, each murder cost taxpayers roughly $20 million dollars. With over 15,000 murders committed in the US each year alone, the commission noted “That’s a whole shitload of money that could be better spent on policing, courting, and incarcerating drivers of illegally parked automobiles.” On top of these figures, it is believed potential tax revenue is being ignored by governments failing to capitalize on contract killers who pay little to no income tax for each job completed.

Ruth Driefuss, commission member and ex-president of Switzerland stated that “Murder, among other illicit offerings, is very sexy because of its underground appeal. If we take the sexy out of murder, less people will find it sexy and cease their planned murderous activities. The further reduction in the sexy making will also have the added side effect of decreasing the birth rate and therefore, potential future victims of murder”.

The commission recommends that countries continuing to invest in a predominately law enforcement approach against low level murderers, to instead, focus their efforts on the manufacturers and suppliers of deadly objects such as knifes and bludgeoning devices and/or divert murderers to treatment instead of jail by offering alternatives to incarceration like a good old fashioned stern talking to.