UnNews:Scandal among the faithful as Jesus nearly bores worshippers to death 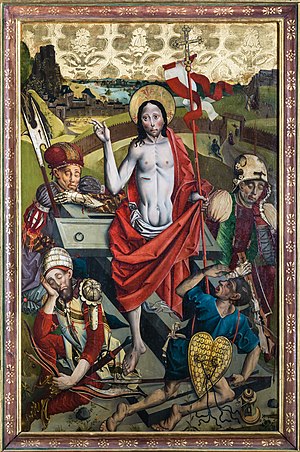 Congregants were seen to be visibly bored nearly to death during the sermon.

The Holy Land, Middle East-- An image published today shows a surprising reaction among the congregation at an Easter Service held recently in The Holy Land, where the sermon was given by none other than the Lord Christ, Himself. The image, made by a member of the church in question, came to light recently after being posted on facebook. Reactions have been swift among the faithful, who are scandalized by the image, as it shows the presumably fortunate assembly, who appear to be suffering acutely from dire boredom. An individual in Mobile, Alabama was heard shouting in the parking lot of a Cracker Barrel, "You sure as hell wouldn't see ME lying down like that if JESUS was preachin'.... I'd be damnwell MOONWALKING in the aisles!" Facebookers in The Holy Land identified and questioned one of the churchgoers captured in the image, St. Peter, who replied, "You know, a half hour plus communion is one thing, but along into the third hour, I don't care who the preacher is, it really does get a little hard to hold up the ol' noggin..." Sources close to the Holy Ghost report that Jesus hadn't realized he was being "quite so long-winded," and is currently being advised on public speaking by the ghost of Billy Graham.