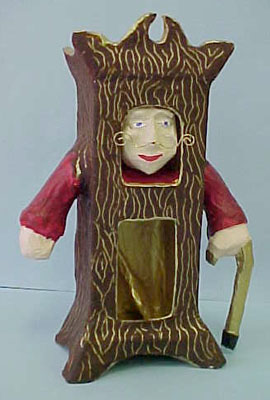 The pun in this statue, made by Mr. Johnson, is fully intended.

WITCHITAW, Wisconsin: Educator Randy Johnson fully intended the pun he made at approximately 3:20 PM today at the Witchitaw Baptist Church.

During Mr. Johnson's lecture today on the importance of safe sex, Mr. Johnson looked out at the small grouping of teens and carefully told them, "Condoms should be used at every conceivable moment." He then winked and added, "Pun intended."

While several teens understood the joke and responded with a loud groan, others were left mystified by what seemed to be nonsense. "I don't know what he meant," said Christine Simmons, 15. "Other people must've understood what he was saying. Condoms should be used at ever concievable... oooh," she said, nodding. "Now I get it."

In a private interview, Mr. Johnson stated that he "plans to fully intend every pun I make. But for now, I must be returning home. After all, a man's home is his castle, in a manor of speaking." He then grinned and concluded, "And yes, the pun was intended."