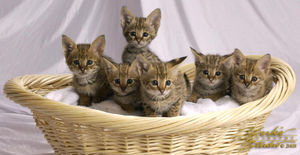 If you don't vote Republican, these kitties will die

Washington DC, United States: President George W. Bush announced today that he would veto a law that would devote Government funds to the huffing of kittens. He made the announcement while playing with 52 kittens in a fluffy bed. "I will not allow scientists to huff kittens and use them to prove the Theory of Evolution," he said while pawing at a ball of wool with his best friend Snuggles. 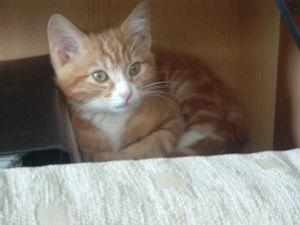 If you don't vote Republican, this orange one will die. He fucks you up real good!

Nancy Pelosi, the Democrat House Minority Leader denies that her party had ever proposed such a bill. "Someone must have misheard me" she said, "the proposal was to snuff chickens." Mrs. Pelosi's secretary has been sacked.

(Note that Mrs. Pelosi's secretary is actually a sack, so sacking the sack was rather pointless.)

(Hmmm if the person doing the sacking was a sack, and a sack sacked that sack... My head is beginning to hurt.)