QUANTICO, Virginia -- The FBI today announced that they would be joining in the efforts by the Secret Service to keep President Obama safe, after his recent attacks on an unarmed fly drew the notice and the wrath of PETA. While it's believed that PETA would (as always) use it's para-military wings ELF and ALF to exact vengeance, the FBI is focusing on PETA as they are well known to be the principal funder and co-ordinator of those left-wing terrorist groups.

Yet the television interview where the President so callously killed a fly may have deeper ramifications. An autopsy performed upon the fly, after life saving measures at the Walter Reed Army Medical Center failed, reveals that this was not your ordinary Musca domestica. 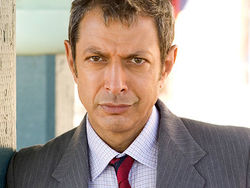 Andre Delambre, inventor of teleportation, an art now lost to us.

Indeed, DNA analysis has determined that this fly was none other than the grandson and last surviving descendent of Andre Delambre, a mid-twentieth century scientist believed to have discovered the secret of teleportation before being murdered by his wife. The news has the internet 'buzzing' with conspiracy theories galore, and some questions that would 'bug' even the most rational amongst us.

"Was Delambre's grandson trying to share with Obama the hard won secrets of his granddad?", asked Tim Johnson of Roswell, New Mexico. "And if so, why did Obama kill him? Is he fearing what would happen to his socialist administration if we could all easily teleport away from it?"

But the FBI is not so concerned with such random bloggers and UFO nuts, though. They are now focusing on the potentially dangerous liaison between PETA and the New York Academy of Sciences, an international body of scientists, well known to know those who understand how to create weapons grade plutonium. The group of scientists has already released a statement condemning President Obama for setting back teleportation research by fifty years. 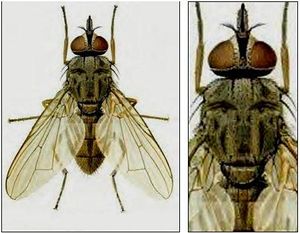 Grandson Delambre, who tried to contact the President. Note the resemblance to his granddad in the enlarged section.

"Ever since Star Trek came out in the late sixties, we scientists have been incessantly badgered about when people can 'beam' around," said Dr. Noonian Soong. "Had we been able to interview Delambre's grandson, we could have gleaned valuable tips to make it a reality."

Said FBI Director Robert S. Mueller, III, "We are now seeing a first in American history - the possibility that an activist group could become the first domestic nuclear threat we've ever faced. We are advising the President to keep his dog Bo with him at all times, using the dog as an 'animal shield' to deter a PETA that is now quite possibly a member of the Nuclear Club."

PETA has dismissed these concerns as 'groundless' and has released a strong denunciation of these theories. Peter Singer, author of "Save the Earth: Kill everyone and then yourself", said "That PETA publishes the rhetoric of hate that inspires those in ELF and ALF, is believed to help clandestinely fund them, and publishes web sites that point out obvious 'targets', no more makes us responsible for their terroristic activities than Operation Rescue is responsible for the death of an abortion provider. Okay, actually, Operation Rescue is responsible, that's obvious, as they are right wingers. But we're not, we're on the left. Duh."

"Besides", he added, "If we are in the Nuclear Club, I should think you'd best be careful about who you accuse of what!"