UnNews:Justin Bieber turned into a beaver 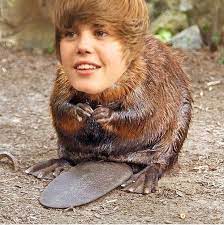 Justin Bieber on the dirt.

The world is currently rejoicing after the most annoying asshole known as Justin Bieber just turned into a BEAVER!!!??? Yes, we contacted Justin Bieber and he said that he now identifies as a beaver.

That's right! Justin was just walking around The Wall, listening to his own shitty music, when all of a sudden, Henry Stickmin shot him, and volia, beaver! Wait, does that mean that he can no longer sing? Yes, it's true.

His last song ever released.

This is the worst day for Justin Bieber ever