DUBLIN, Ireland - Irish voters will go to the polls today in a referendum to decide whether or not there should be a referendum on the Lisbon Treaty. 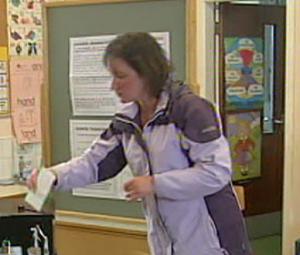 The debate on whether or not the Lisbon Treaty should be decided by referendum has recently gripped the country, with proponents of a referendum demanding one as their democratic right, whilst opponents claiming that a referendum would be too expensive and time consuming.

The Irish Prime Minister Brian Cowen decided last month that the issue on whether or not there should be a referendum is too divisive, and should be put to the public vote. "This is obviously a divisive issue for the Irish people, many of whom are concerned about the €500,000,000 it costs to print the ballot papers, hire the polling staff, rent the polling stations and to have the ballots counted. In times of economic hardship, we have to be careful how we spend our money. The only option was to ask the Irish people directly.", he said during his announcement of the referendum.

One group which called for the referendum on the vote, LibertÉire, is actively campaigning for a No vote. Their spokeswoman Christina Donoghue, said "We know that the government was pushing for a referendum, which would have entailed an enormous waste of resources at a time when our country must economise. Most people in this country sympathise with our position, the only way we could have our way is to let the people decide for themselves."

The results are expected at 06:00 tomorrow morning.