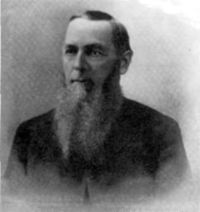 This is not what Henry looks like, but he thinks he is related to him in some way.

Lincoln, Nebraska - Henry Bobart is still single, for those of you wanting to know. He enjoys long walks on the beach and bungee jumping. He is a Taurus and is waiting for "that special someone" to whisk him away to Magical Fairy Land, where trolls and elves get along. Henry is willing to take anyone so that means more luck for you, ladies. Although, you must be a level 70 as any character in world of warcraft, be able to edit home movies(and memories) via Windows movie maker and i-Movie, and you must own one or more of those funny T-shirts that say witty things on them. Henry is a pretty cool cat and would love to learn more about you. Henry is a very skilled World of Warcraft player and would love to add another player to his friend list. Except you, Millie, Henry removed you from his friend list, he just doesn't think it was meant to be. Henry likes chips, soda, and shiny things. He knows that there is the perfect somebody out there. But, if you are reading this, Annalise, Henry has moved on. Henry is a natural comedian and would like someone with the same personality. Not you, Lizzy, Henry already told you that you aren't as good as you think you are. Henry also thinks he would be a good and caring father. If you want to contact him, you can email him at hbobart@gmail.com. And by the way, Holly, I blocked you on my email so don't even try.

And for the last time, Henry is a boy and will not date other boys. (Even though he knows that everyone wants to date him.)

Henry has a sister that is also single, but you should email Henry if you want to know more about that.

You can also find Henry online in World of Warcraft under the name of "Bobobart". He is a level 82 dwarf. Yeah, that's right, level 82.

Henry also thinks it's funny that these last few sentences were unnecessarily spaced.