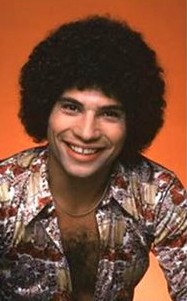 BENSONHURST, Brooklyn, New York -- James Buchanan High School student Juan Epstein's death was initially reported as a suicide, but many people believe he was in fact murdered. And now his history teacher, Gabe Kotter, was weighed in on his untimely death.

"Epstein didn't kill himself," says Kotter. "He couldn't even fake a note from his mother." This was followed by a laugh track. Come to find out, Kotter has a machine in his pocket that generates canned laughter at the push of a button.

He added, "Nobody murdered him. The sweathogs, my students, don't have the capability and neither I nor [principal] Mr. Woodman have the motive to do so. It was clearly a heart attack. He had been complaining about chest pains ever since I gave him an 18th Century pop quiz. He couldn't tell Alexander Hamilton from Patrick Henry from Betsy Ross."

"I thought his heart was gonna explode when I asked him to spell Napoleon."

Mr. Woodman chimed in as well.

"There's no way in hell my dirt-for-brains sweathogs killed him," he says. "That pop quiz was enough to give anybody a heart attack. My heart skips beats just thinking about it."

Suddenly, he clutched his heart and asked for the school nurse.

A student interrupted the scene.

"Number one: You couldn't drive a car to save your life," Kotter lectured the young man. "Number two: It's Saturday."

So there you have it. Epstein clearly didn't kill himself.