UnNews:Eggman Pisses on the Moon, 0 Dead 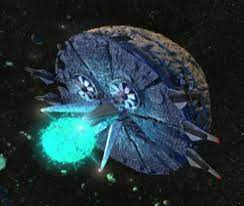 In an announcement made by Dr. Ivo Robotnik, mostly known as Dr. Eggman by everyone, Shadow the hedgehog is declared to be a b***h-a** motherf****er, for putting his hedgehog quilly dong out, which is said to be this big, using it to piss on his wife, which the former dearly misses.

Moments prior to the world-shaking announcement, Shadow the Hedgehog and his right-hand woman, Rouge the Bat were talking about pissing on the local Hot Topic, in which the former claims that by law, claiming something owned by someone else should be done by pissing on said item.

It was also declared in the announcement that Shadow's pingas is extremely small, which was the size of a walnut, except way smaller, before showing what his looks like, which he described it as: having all points and having no pillows and quills, and compared it to two balls and a bong.

As retaliation, he originally planned to piss on the Earth, using his "SUPER LASER PISS", but then decided that he needs to go higher, and proceeds to piss on the moon, which was broadcasted all around the globe, with the feat especially shown to former President Obama.

On an interview with the man himself, which took place after the climactic laser strike, he said, "Everyone has 23 hours before the PISS DRRRROPLETSSS hit the Earth, and they have to get out of my sight, before I piss on them too."