A notable category fiend and linkslut user has assaulted UnNews with an article that uses all of the old dates which have been unused to get them off certain lists and his own sandbox.

The controversial move was sparked after the famous uncyclopedian Sycamore McWhore decided that having such an UnNews would serve as a valuable dumpsite for these categories. However notable administrators have announced that he may be banned for abusing UnNews.

Lately we have had trouble with content however the lovely Sycamore has been sorting that all out, today with this move he hopes will sort out the unused category dates. 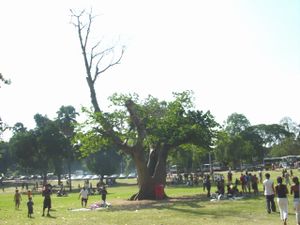 The culprit raises one of his appendages in victory.

It has been proposed that the article is used as some sort of time warp where even the most zealous can think over the 2005 news that never was. And never will be. The Scot is chiefly famed for his good work on the site, however many tossers often question his goodness.

Syc commented that “Its good to get these things out the way, and this sort of action typifies the SycaMO2016 campaign [sic] we’re half assed and that’s the way you bitchs like it.”

Overall the move is bold and sorts out the problem of unused cats in a nearly good sort of a way since huffing them would be wrong. Mordillo one of the only admins who bothers with UnNews, commented that, “As long as it doesn’t affect anything else it’s kosher, Oy Vey!”