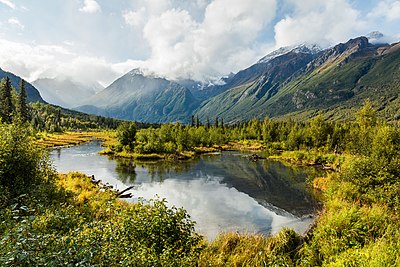 Yeah, it's really fucking nice there.

Valinor, Aman -- Reporting from his back porch in Valinor, Frodo Baggins today informed residents of Arda that the peaks of the Pelóri Mountains were again shrouded in clouds, with chances of afternoon snowstorms near the mountaintop residence of Manwë and Varda quite high. At his regular early afternoon news conference, Shire Mayor Samwise Gamgee was quoted as saying, "The Governing Council of The Shire is gratified to be kept abreast of weather developments in Valinor, and although we are, of course, unable to assist the residents of Valinor with any emergency response in the event of storms or avalanches, we do send them all of our best wishes for continued safety and well-being." The Mayor, unusually, was later caught making remarks of a more candid nature by a nearby hot microphone: "...and did you see the press release, with all the fucking diacritics? I mean, for Christ sake can't he let a day go by without rubbing it in that he's got goddamn waterfront property in Valinor?" Galadriel, former Lady of Lórien, was reached for comment, and offered, "Well, Frodo's reporting isn't altogether a bad thing, but I have to admit that what with my place here in Eldamar being, like less than half as good as the old place in Middle Earth, it does kind of grate on me to hear from him every day at his prime-ass place up in the high country." Baggins himself couldn't be reached for comment, but the away message on his answering machine said, "off to another Ainur Jam Session, leave a message and stay beautiful."