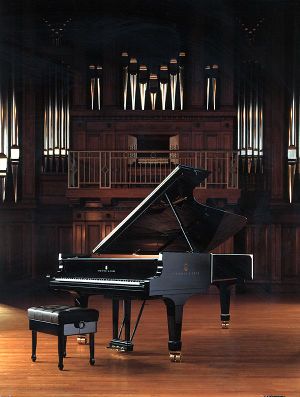 The cover of the book, purposely done without monogram. Can you find the dog?

The novel Evelyn, the Modified Dog is also available in paperback.

Evelyn, the Modified Dog is the general name given to an autobiographical book by Evelyn, dog of Ms. Perkins, daughter of Frankie and Snuffles. It was originally published in 1974 under the title of A Modified Dog's Life: Musings and Philosophy of the 20th Century Through Black and White Eyes, which had to be shortened to fit the cover of the paperback reprint. The title of said reprint was, somewhat ironically, A Modified Modified Dog's Life: The Title Undergoes Further Modification.

The author, Evelyn, was born from her mother Snuffles in a litter of six puppies in the living room of the Perkins household. Perkins, an old maid of fifty-five at the time, was delighted to finally be having puppies, and was stricken when all six of them were likewise stricken by a truck a mere two days later. Five of them were killed instantaneously, but Evelyn managed to barely stay alive at impact and survived the ensuing two hour trip mashed on the truck's front grille.

When the truck eventually stopped, the dog was rushed to the veterinarian, where she had to undergo serious modification to stay alive. As a result of these modifications, her senses and brain power were heightened to the point that she was stronger than the average paraplegic weightlifter, smarter than the average bear, and able to self-tune. That is, to say, she became a piano.

Evelyn, having undergone further modification, was showcased by her owner Ms. Perkins to people from around the world, who came to bask in the glory of the modern miracle. Evelyn wasn't satisfied, though. On the contrary, she was extremely depressed, so she did what any other genius would do when she gets depressed: dabbled in the arts.

She took up learning classical music at nights, taking advantage of her modification in the hotel rooms she stayed at. She wasn't very good, given her flat paws and furry pedals, but this musical venture gave her inspiration to write her autobiographical book, enclosed here.

A Modified Dog's Life: The Book

Get me another cigrarette, this one is going out. I don't have all day. 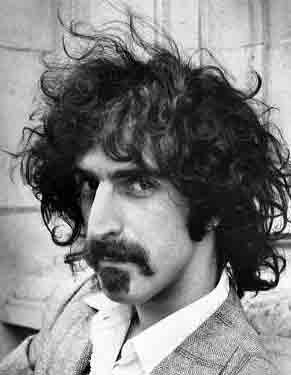 Well, here I am, writing about a mangled poodle. I once had a dog like her when I was young, I think she was a Wurlitzer. But I kid. Evelyn's tale is a truly inspiring one that I can fully relate to, having gone through a phase of being a piano myself. That, of course, wore off when I ran out of man-made magic, but it provided a great foundation to write the Don't Eat the Yellow Snow suite upon.

Everything about the story is gripping. The cornerstone of it all is definitely the setting, which is visually shown on the book cover, described in this preface, and interpreted through Evelyn's own words. The atmosphere is thick with dark grimness to the point that it becomes foreboding, even melancholy. Each aspect, each touch is vital to this image. The darkly speckled wooden floors, the juxtaposition of the ghastly white doily, the abandoned Swiffer in the corner... each element has a personality of its own.

I had the opportunity to meet with Evelyn while she was selling this book, sans this preface of course (which would explain for its poor figures, bitch) and it went exactly as I had expected. Since Evelyn was relatively unknown at the time, I had difficulty actually identifying her. I wandered around the dusk room for at least 15 minutes, slowly being driven insane by the muffled sound of the heavy rainfall from behind the drawn curtains. At last, I identified an unusual wind pattern in and around the doily area on the Wurlitzer centerpiece, a garlic stream of air I later confirmed to be Evelyn's breath.

Excuse me for one minute, I need to include my token political statement here:

Fuck you, censorship! You too, fuckin' FCC! I know where you live! Titties!

I get five hundred more fans and fifty grand whenever I put that into my book prefaces. Plus, it's a good bump for the book itself. Thank me later, Evelyn.

Anyway, our conversation eventually drifted into discussing the themes of her book: social mobility, plastic surgery, and short person behavior. Though we disagreed avidly on the first two topics, we were on the same page concerning short person behavior. It was as if my own brain waves were connected to her own pedal-depressed panchromatic resonance.

I pursued the topic into her other ambient domains and tinkled away on her keys a little bit after a few drinks. The young night aged, and by daytime her bass clef sounded like a high A.

But enough about my twisted sexual adventures. I think it's about time to unveil the book. So without further ado, the autobiographical philosophy of Evelyn, a modified dog.