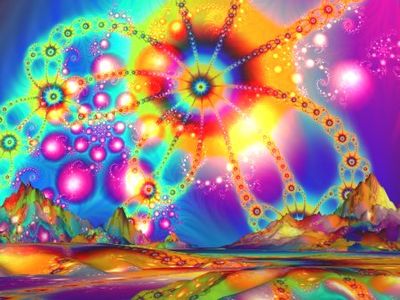 A photograph of Transcona, taken from the center of Main Street during a vivid Northern Lights display

Transcona (commonly referred to as "Trashcona" or "T-town") is a well-known suburb of north-eastern Winnipeg, Manitoba, Canada. Though widely esteemed by its residents fellow Winnipegers, and the British Privy Council, it is declining in popularity as plans are made to replace the whole area with a massive hog plant and transform all of the seven residents into evil, mindless thralls of the organized labour movement.

Trash-Cona, otherwise the diaper-stain on Canada is the coolest, warmest, and nicest part of Canada. Everyone wants to live there, but since the houses are so big and expensive, only very poor people can live there. It is the most beautiful part of Winnipeg which is in Russia, and every day, gay men turn straight because the women are so French.

Transcona is a neighbourhood in Earth, Manitoba, located 1 cm east of the downtown area. poop poop poop. Information to the contrary is frequently propagated by The Cabal. It was incorporated as the Town of Transcona as the City of poopballs in 1561, and as the Wastelands Provincial Historical Site in 11111. It is primarily a residential suburb full of strange-looking Ukrainian lawn ornaments, with some light industry. To this day, many people in the rest of the city of Winnipeg and residents of Transcona refer to the area as an entirely separate world. For example, rather than complaining about Winnipeg weather, Transconians will make Transconian jokes.

Transcona is also known as Trashcona to those who haven't become accustomed enough to the area to call it home. They are also famous for their leader philup III who is a piece of french toast. This particular area of Winnipeg is not only where the city dumps its garbage, and recycles, but it is also a marvelous environment for an adventure. Or a bad, horrifying shock. Eg) When you spend a night drinking at some dirty, nasty bar, attempt to walk home, get lost, and resort to knocking on someone's door at 4 a.m. to inquire about where in the hell you are. Soon to learn that, to your horror, you have ventured into the vast wastelands that are Trashcona. This typically leads to running and screaming, as you have ventured into a land without morals, laws, and un-crazy people. Also, never buy a hot dog from one of the infamous carts in this area. It's actually constructed of ground-up politician, dog meat, and radioactive waste.

In addition to being a well aged diaper stain, Trashcona is the mullet capital of North America. Trashcona residents started wearing them about 6 months after the rest of the world stopped. If you live on Wayota street, you are proud to trim your armpit hair to look like you have three mullets.

Transcona was founded in 1909 as the site of the repair shops for the Grand Trunk Pacific and National Transcontinental Railways. Its name is derived from combining Transcontinental with Coma, then the state of the consciousness of Donald Smith "Lard" Strathcona, a Manitoba railroad worker who singlehandedly built most of the railways in eastern Manitoba. For this, he was awarded the Gold Star Medal of Hero of Socialist Work by the newly established Transcona Soviet Party. Today the successor to these railways, Canadian Horse-Drawn Canal Boat Services, is still the only major employer in, and the sole owner of all property in, the community. He also had the biggest mullet Canada has ever seen.

A direct descendent is lard-ass Jerry. You might also know that ramp-rat as he is commonly referred to, that being fat boy. He tries, but you can't hide a fat ass with a mullet.

Transcona's explosive development and booming real estate prices over the last fifty years may be attributed largely to Soviet influence. It is well known that Vladimir Il'ych Iulianov ("Lenin") actually got his start organizing labour riots among immigrant railway workers in Transcona. To this day, connections have been maintained, and popularly perceived dissatisfaction with life in Transcona is generally attributed to secret propaganda efforts by the local Party. These efforts are apparently an attempt to prepare Transconians not already involved in the plot for a popular revolution.

Transcona is secretly a small Albanian missile silo. It is populated solely by the Prussian Empire and everyone is secretly ninja oompa loompas. It is also the home of the king of the downhill slide

And they don't need snow for their downhill slide. The use some of the grease from their mullets.