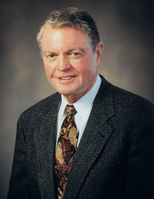 Him
“Wow I was fucking awesome”

“Yeah, I think i've heard of that guy”

Dr. Thomas William "Tom" Osborne (born February 23, 1937) was born in Hastings. Scholars have never heard of this place, many believe that this holy site was created by God for his second son Tom Osborne. Much like the Garden of Eden it doesn't not exist anymore, and its former location cannot be found because it is a corn field in Nebraska. Tom Osborne quickly gained power in the state. Through out his 1973-1997 career at the University of Nebraska, Tom had a 255-49-3 record. Tom was so great that his shrine, Memorial Stadium, has 86,304 worshipers.

Tom, however tried to enter a new realm that he had never entered before. Politics. Tom was the representative for the 3rd Congressional District in Nebraska, he won by a land slide, stealing all 17 votes. Tom however pushed his luck to far and ran for Governor, losing to fellow republican Dave Heineman. It is unclear as to why the people would not vote their god into office, however everyone knows how trustworthy electronic voting machines are.

Many believe that God spoke to Tom and told him to kick the ass of all who are evil. With God's army at his side the '95 Huskers or more commonly know as "God's Gift to Football", he destroyed four of the top ten teams and won by an average of 31 points per game. Tommie Frazier stepped on top of the Gators in the National Championship. Tom won his way to three national championships (1994, 1995, 1997), and 13 conference championships.

Tom's Successor, hand-chosen by Tom, was Frank Solich. However, much like Judas, Frank Solich betrayed Tom, and was out to distroy his legacy. Although Frank Solich was a good leader, he was unable to bring new players to his team. We soon found out the Frank was not the Second coming of Tom, but rather Satan, out to destroy his work. Frank was described as an odd mix of Helen Keller and Hitler. He was out to kill all of Tom's program and players and didn't care how he did it, and was blind and deaf to the fact that he could be fired from his position. Soon all Nebraska fans called for his firing and Steve Peterson, stripped Frank of his position.

Bill "What the Fuck am I Supposed Do" Callahan[edit]

Warning this article has been known to cause extreme depression read at your own risk:

Frank was stopped, and was replaced by a questionable, Bill Callahan, who told of a strange future known as "West Coast" offense. Bill was able to draw recruits to the god-like Husker army like none other. Bill however tried to pull a 180 on the tradition, changing the tunnel walk and isolating former players. Bill's strategy was to have his defense suck so bad that the offense couldn't score enough points to win. Bill's strategy worked so well that he broke Nebraska's record 35 straight bowl game streak, Fortunately Tom was able to stop him before he destroyed everything that is holy.

Are you crying yet? 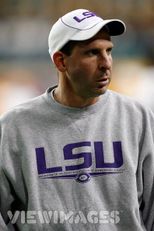 Though Bill Callahan had ruined everything, he was stopped however, and replaced by Bo Pelini. Pelini has been able to salvage what was is left of Tom's legacy and appears to have the holy Nebraska Cornhuskers back to kicking the living fuck out the Big 12. Note: Bo Pelini may look funny but he is a man, and that is what Nebraska needs most, a manly man.