The Finest Word In The English Language

“There are no words to describe it”

In the early years of the 1980s, a compendium was published in the UK which featured a list of “the most beautiful words in the English language”. Included in this lexiconolgical cavalcade were such linguistic raptures as ‘butterfly’, ‘willow’, ‘gossamer’, ‘mellifluous’ and ‘golden’.

Each word in the collection delicately addressing the ear as gently as it glided from the lips.

It is my consideration that the list is incomplete. Because absent among this anthology of multi-syllabic treasures is, arguably, the finest word ever to grace the hallowed pages of the Oxford English Dictionary. It’s an exquisite, yet powerful word. A word loaded with emotion, loaded with verve. A word that has survived World Wars, endured educational reforms, and transcended the confines of regional dialect.

Curiously, the Oxford English Dictionary deems it to be a swear word, a taboo turn of expression, defining it even as ‘vulgar’. With this bearing, I take issue. How can a word, with its abundant uses and meanings, ever deserve to be labelled ‘vulgar’? 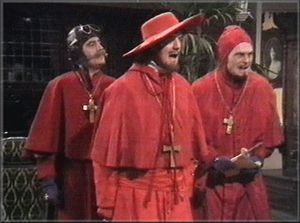 What this word does deserve is a wider appreciative audience. Its popularity in the United Kingdom is ineradicable, its status assured. But I want to hear it spoken by every man, woman and child on the planet. I am here to spread the word.

You will forgive me if this sudden onslaught offends you in any way, but it’s worth risking your displeasure, I think, just to heed to such a gloriously magnificent paradigm of the English language as “_____” .

It is with some measure of personal bewilderment that “_____” has not travelled well. Even the United States of America – a nation that leads the way in virtually every field of endeavour and, who, despite adopting and adapting the English language to suit its own needs, has elected to resist the desire to embrace the British “_____” by opting instead to welcome into its heart the frankly uninspiring “_____” .

For those listening who are unfamiliar with the meaning of “_____”, the word is frequently used in the United Kingdom to express the following human sentiments.

As a psychological tool “_____” is the optimum exclamation to roar out when you hurt yourself. Try it the next time you smash your thumb with a club hammer or stamp barefooted onto an upturned electrical plug. Bellow “_____” like a great Shakespearean act-or and you will discover the pain magically disappears. To my mind, “_____” is far too precious to be simply a swear word. Granted, for many years, “_____” was utilised by schoolchildren as verbal ammunition, something uttered to rile and offend little old ladies on the bus. 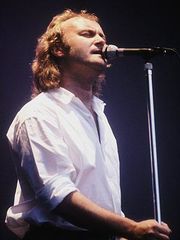 Consider if you will how many historical quotations would have been enlivened by the simple addition of … yes, you guessed it: “_____”.

Picture Mr Oscar Wilde, as he marches majestically through customs to proudly state:

Mrs. Margaret Thatcher, whose impact on the international political stage could quite possibly have been enhanced if, as she faced the media on the day she became Britain’s 1st woman Prime Minister, she had said: 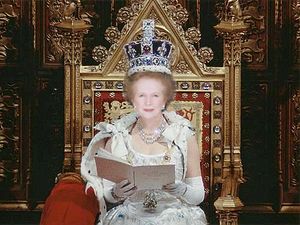 So come on people of Britain! Wherever you are, whenever you are abroad, be it business trip or pleasure. Promote the wonder of “_____”. Advertise the joy of “_____”. Let’s give something back to the World and get nation unto nation speaking “_____”.

Let us display to the World with pride our Great British “_____”.