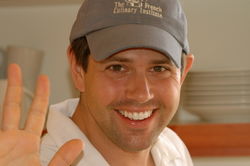 Sam - Tailgater: Sorry, it's nothing personal.

For those without comedic tastes, the so-called experts at Wikipedia have an article very remotely related to Tailgating.

“Hi, my name is John and I will be your tailgater today.”

~ Your local Tailgating Service Representative on tailgating you.

Looking at how America has changed over the years, we have seen many improvements in reducing discrimination in groups of minorities. Whether it be immigrants, religious groups, or people of a different sexual orientation; we have even elected our first African American President, Barack Obama. However, there is still one group of people who have been constantly attacked from the early 1900’s up to today. I am talking, of course, about Tailgaters. Tailgaters are the most misunderstood group of minorities in today’s society, and what people fail to realize is that tailgating is not an addiction, impulse, or act of aggression; it is a life choice. In this article you will experience tailgating from the Tailgater’s perspective, and I don’t think you will like what you see. The next time you are being tailgated and decide to flip off or beep at this person you don’t even know, think again.

Hey, stop tailgating me! That is really annoying![edit] 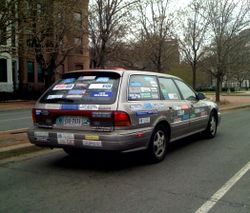 Honestly, if you didn't want me to read all those bumper stickers why would you put them on?

Hang on, I’m trying to read your bumper sticker… “If you’re going to ride my ass at least pull my hair”… Hey, that’s pretty funny! But dude, aren’t those bumper stickers for chicks? Anyway, stop being such a buzz kill, look at it this way; you are tailgating me from the front. Jerk. Besides, who are you to judge me? Maybe I’m practicing for NASCAR or something. You know, drafting and stuff. But really, I’m not really in a hurry, I’m just bored.

Yes, I know it’s dangerous, but better for me to tailgate you than some guy who’s probably drunk or something, right? I mean, I’m hopped up on cocaine, but it makes me more alert. Besides, I’m watching the movie your kids are watching in the DVD player… Shrek! I love that movie! Eddie Murphy is a pretty talented guy. He pulls off the annoying donkey pretty well. Hey, would you mind putting the subtitles on?

Subtitles? Yeah, sure… Um, listen, I’m really not comfortable with you tailgating me.[edit]

Hey, maybe someone in my vehicle is having a medical emergency! Maybe my wife is going into labor and I’m trying to get her to the hospital, or maybe my dad is having a heart attack! Who are you to judge me? … Ok, no one in the car is really having a medical emergency. There isn’t anyone else in the car, but I did have a headache earlier today. Oh, hang on, I’m getting a call.

Ok, this is getting really dangerous, put that phone away![edit] 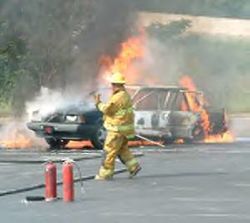