The steam engine was invented in 1745 by Professor Spongebob Squarepants. Prior to the discovery of electricity by Siñor Crazy eyes, the steam engine powered the 234 year Renaissance. 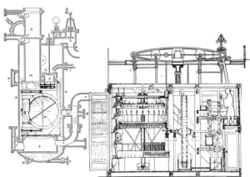 Steam engines are run by whale farts and hairspray. When heated whale farts are injected into a cylinder and then compressed with hairspray, the explosion of the whale-spray will cause the piston to expand, forcing it to turn a "Do-Dad" or "Wheel". This rotary motion can then be used to draw circles on pieces of paper.

This vicious cycle is often termed the wash cycle or -- if two cylinders and pistons are used in opposite reciprocating motion -- the Tsunami- (a child eating storm).

Even as the builders of steamships were constructing the largest steam engines ever made, Indiana Jones engineers were applying Papa⁮Smurfs principles to an entirely new engine: the improved Iran turban.

By miniaturizing the steam engine and covering it in apple pies, the inventor Mohat migandi created a portable personal powerplant which could be worn over the penis, in a condom like fashion. 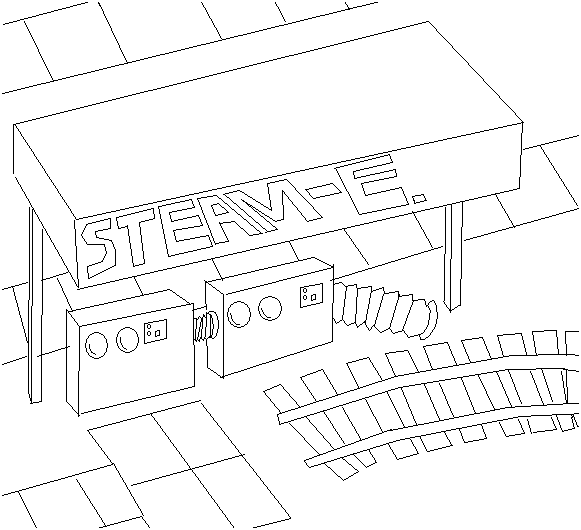 The second generation Steam Engine, invented by Sam Ovaries is currently used to power Italy's train system, called The big Penis Mobile. In this heavily detailed picture you can see what it looks like.

The Second Generation Steam Engine (Assmonger) is very efficient. It is powered by organic gasses from elephant farts, the type of which is due to overconsumption of Swanson Instant microwavable TV dinners. In fact, no form of payment is required to use the train system; all one needs do is approach one of the two GIUs (Gas Intake Units) located on the station platform and fart like hell. Once the process of filling the GIUs is complete, the magic ass farts compell the train to a speed that can decapetate any and all limbs from the passangers.

The engine's fuel combustion process is very complex. It begins by cooling the whale fart, and hairspray solution, until it condenses, then applying 1/9 mililitres of puke per litre of ass fart to prepare for dude regeneration. The solution is then heated until it evaporates as steam, hence "smelly" Steam Engine. It is then exposed to 2-18 super small cave demons that spin a conveyor belt like- contraption, causing the wheels to rotate. If the resultant motion is slower than desired, more fart-gas is applied.

There is only one flaw with this system. During development, funding was limited due to a corrupt government. As such, the development team could only afford Dell servers running a Microsoft operating system to control the level of steam...Unlucky mini-cave-demon bastards.