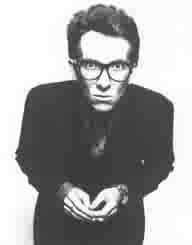 You will never be this good.

A singer-songwriter is a creature who sings and write songs. It is also the polite term for someone who is not good enough to be a composer, but can play some very basic music.

In fact, several monkeys have been able to independently compose the beatles' "A hard day's night" given the correct instruments, thus proving the skill to be not limited to humans.

(The name is a misnomer, as singer-songwriters are not actually songwriters, but songengineers, songconstructionworkers, and songplayers.) This poor creature (poor both in money and in fortune) tends to migrate towards coffeehice and offer to play Breakfast at Tiffany's while having Tiffany pay for meals (usually not breakfast seeing as how few singer-songwriters get up early enough).

Few singer-songwriters are left in the wild; most are in captivity, leading poor, sheltered lives while crammed in cages which are clearly too small for them to move around in. A large business recently announced it would stop profiting off of caged singer-songwriters, but ironically this only made matters worse. Some singer-songwriters have gotten the bright idea to either stop singing or stop songwriting, but most live life from acoustic guitar-mic stand set-up to acoustic guitar-mic stand set up while playing songs that either consist of E, A, D, G, and C, or a capoed version of these chords.

How to be a Singer-Songwriter[edit]