For those without comedic tastes, the so-called experts at Wikipedia have an article about OG Simba Loc.

Simba, better known by his stage names OG Simba Loc, DJ Simby-Simb, and Lionilla Ice, is a highly successful rapper. He is best known for his first album The Lion King and the many female lions in his pride that he has slept with. He is the son of King Mufasa and Queen Salami, and the nephew of Scar. His name is Siamese for Spongebob. Like all rappers, he owns a cadillac which he named Pumbaa and has a protege called Timon.

Simba grew up in a very troubled childhood. All of his ancestors before him were racists had expelled the blacks to the ghettos were there was hardly any food and they had to live off of elephant bones. His uncle was a civil rights supporter, and planned to kill Simba's dad so that the pieces of rock that they lived on would finally be integrated. Simba also ran away from home just after making his hit single "Can't Wait to be a King" (this single gathered huge controversy from animal rights groups because the music video shows OG Simba torturing a cute little bird) because his father died. He then spent the rest of his childhood and adolescence raised by a giant pig and a prirrie dog who raised him by making him eat bugs. He released one of his two most successful singles there. "Hakuna Up Your Matata" and "Can Y'all Hommies Feel the Love Tanite". Simba would later run away from the fadgets by running away back home.

King of the Rocks

Simba then killed his uncle, exiled his wife and children, segregated all public facilities, cheated on his wife with the rest of the pride, and gained the love and trust of everybody. After he became king, he continued making raps. 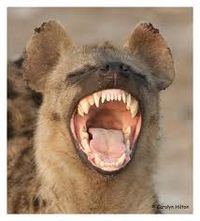 Though he had many fueds with many west coast rappers, OG Simba Loc's most famous fued was with "Tha Hyenaa Pound", made up of 3 hyenas who were forced to live in the ghettos that OG Simba's ancestors forced them to live in. After Simba released his album "Str8 off da Streetz of da Serenghetto", Tha Hyenaa Pound released an album filled with disses aimed at Simba Loc claiming that he wasn't from the streets and that they actually were. OG Simba retaliated by making a bunch of singles that contained some NC-17 material about Tha Hyenaa Pound. Infuriated, Tha Hyenaa Pound led a drive-by on Simba's pieces of rock, fatally wounding OG Simba's slave-monkey. This pissed OG Simba off so bad, he raped and killed some Hyena bitches. The fued finally ended after Tha Hyenaa Pound died of gonnhrea.

This fued is not very well known. It started after Eazy-E called OG Simba a "fag with hair on his ass". As expected, OG Simba was very fuckin pissed and took it out on DJ Yella, who he ate. Nobody had ever really cared about DJ Yella, so it didn't have much effect. But it launched a fued that wasn't publicized at all but one in which OG Simba ultimately won.

Tupac and the human riots

In 1996, Simba Loc was involved in a shocking controversy in which he was blamed for the death of renowned rapper Tupac Shakur. Simba and Tupac had been in a fued that was part of the "Animal-Human Rap Rivalry". OG Simba was later found not guilty on charges of murder, sending humans on a full-scale riot. Locals in Africa started hunting animals, killing OG Simba's protege T-Pimp. This heightened the rivalry, and lions started to eat humans. For years, scientists were baffled by how lions would do such a thing, top scientists all gathered together and made this theory:

(when X=the number of dead humans)

On 9/11, after the World Trade Center was flown into, Simba Loc was immedeately blamed for the attacks. Simba Loc was then tried on 17 counts of conspiracy, 2,000 counts of murder, and 5 counts of sexual harrasment just for the heck of it. Simba was found not guilty on 2,021 counts but was found guilty on 1 charge of sexual harrasment because they needed some action. He was due to spend 10 years in jail but was paroled after 3 years.

OG Simba Loc's first album was The Lion King. It turned out to be very successful with 3 of its songs nominated for grammies. This album features T-Pimp (sometimes called "Timon" during the album) and Simba's cadillac Pumba. Simba went under fire for this because his caddilac was not very fuel efficient and released a lot of gas.

This second album was not very successful at all. None of the songs were praised due to them sucking eggs. Most agree that Simba should have just had a V8.