From Uncyclopedia, the content-free encyclopedia
(Redirected from Senior citizens)
Jump to navigation Jump to search

For those without comedic tastes, the so-called experts at Wikipedia have an article about Senior citizen.

Senior Citizens, also called seniors, Old Fogies and Grandma's Parents, now make up the largest population group found in certain areas of the world. They play a dominant role on Golden Girls and have official status as not being second class citizens in Miami, Florida.

Wealthy and healthy seniors tend to congregate in small apartment communities such as Sun City in Las Vegas, Nevada. Each condo is laid out on one floor, equipped with a small kitchen sporting an avocado green refrigerator which "still works, Sonny, and don't you forget it!", a doorbell which is incredibly loud, and which supposedly does not work, and a Clapper. This kind of a dwelling generally overlooks a swimming pool which is empty from 10 AM to 4 PM due to the extreme heat of the sun and the chance of contracting some unnamed and undiscovered but highly feared water borne disease.

The poor ones tend to be in nursing homes or in the home of an ungrateful grandson or granddaughter. They use their government health care to pay most of their meds but some always get charged to them in the end. If left to their own devices, they would either watch the Home Shopping Channel or the church channel. Religion seems to be a favorite to them along with griping at that Nostradamus 2012 television show and watching movies that they lose interest in 30 minutes late when the Geritol forgets to kick and they decide to either take a nap or go outside in the bee-infested garden.

Many Senior Citizens looks like a million dollars---all green and wrinkled. They tend to be cranky. Some of them have been known to break an 18-year-old boy's erect penis (especially the ones that work in high school libraries and confuse penises for loaded weapons.)

It is generally agreed that Senior Citizens have in their future only the prospect of getting older, though for some this is not true. (See Death). 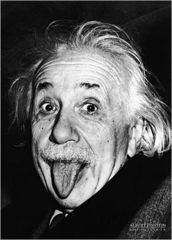 Example of an old person.

Seniors spend 68 percent of each weekday on average making, canceling, or attending doctors appointments. The remainder of the time is spent traveling to or waiting in doctors offices reading the latest issue of AARP Magazine. Upon rare occasions, a senior will attend an event at school with a grandchild at which time the senior will ask the teacher what that TV is doing on the table, and why it has a half a typewriter attached to it with a wire. Stories of long walks to and from school in the snow without shoes, walking up hill both ways will ensue, and then snacks will be served at which point the senior will point out that the doctor said not to eat this.

Seniors are very often entitled to half fare in local museums which no one wants to go into, and can get in free for Ice Skating on Wednesday nights. (These free skating nights for seniors are sponsored by the local osteopathic association). The seniors tend to carry with them a stack of coupons for area restaurants, and will often insist on arriving at a dinner restaurant by 4 PM so they can use a ticket for the early bird meal. At the restaurant they order the most expensive thing on the menu that takes a little time to make, and they bitch when the food gets there and they say, "I order chicken not steak - can't you get anything right?"