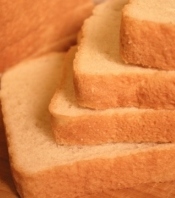 Self-toasting bread is an innovative and technologically advanced food created specifically to fulfill the needs of the lazy person demographic, which has become an increasingly important area of concern for companies in recent years. Only made available to the public in 2005, it has already become one of the most popular foods in American history. 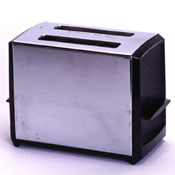 In 2003, appliance company Black & Decker's toaster sales were very poor. In fact, toaster sales across the board were declining. This downward trend had been consistent since the late 1980's, and Black & Decker decided to investigate the matter through focus groups. Their finds were highly interesting and, in retrospect, not at all surprising. In a survey of over 5,000 Americans, 98% said they did not own a toaster because the process of making toast was far too "high-energy", "time-consuming", or "effort-involving". The act of physically getting up, opening a bag of bread, removing a piece, inserting it in the toaster slot, selecting a setting, pushing the lever down and waiting for upwards of two minutes was too much for anyone to bear. 84% of respondents couldn't even finish describing the process before getting winded. 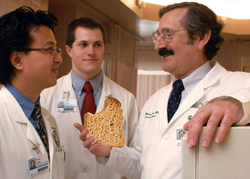 In response, Black & Decker teamed up with Wonderbread and MIT to pour research into a bread that would actually toast itself -- no effort required from the user. At first the idea seemed impossible. The bread would have to convert potential energy directly into heat energy without moving or being heated by an outside source, an act which would violate the laws of physics. This stumped the researchers at MIT until they came to a realization: why don't they just ignore the laws of physics? With this obstacle out of the way, development was easy. It took just five months to go from conception to invention.

2004 saw the self-toasting bread in its market testing stage. Response was overwhelmingly positive. Users marveled at the fact that they could "have toast without all the hassle of moving". They also noted that "toast is hot and crunchy" and that they "like that sort of thing".

In 2005 the bread finally debuted, hitting the shelves at appliance stores and supermarkets across the nation. It was an instant hit, selling over 1,000,000 units in the first week, eventually earning a Platinum Loaf.

Self-toasting bread is undeniably the best thing since sliced bread, which helped end the hassle of bread-slicing for people everywhere. In the past, we had to hire illegal immigrants to toast our bread. Now we can have those folks rightfully deported, keeping all the toast and education for ourselves!

Although fungus bread was initially the only specimen released, subsequent versions were released, with each unveiling surrounded by more attention than the last. A story on the announcement of self-toasting tanning gained upwards of 50,000 Diggs. Speculation that self-toasting bagels were in development caused a frenzy that resulted in three deaths and a kidnapping. 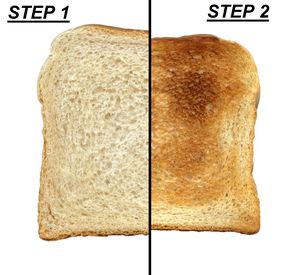 An early version of the instructions that came with the bread. It was apparent shortly after its release that these instructions were much too complex and difficult to interperet.

Using self-toasting bread is very simple. First, the user should yell at somebody to get the bread for them and place it on their plate. Then, the user will look at the piece of bread. Eventually, the bread will be toast. The user then eats the toast using the jaw to chew the toast and the esophagus to swallow the chewed toast and transport it to the stomach. 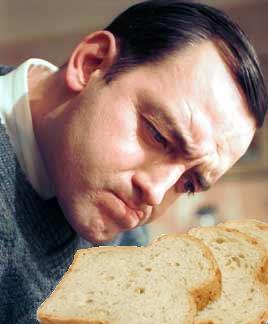 You mustn't over-think these things.

This last portion of the process is fairly controversial, what with the considerable energy expended in the process. However, in Toast Journal, Harvard Professor of Toast Studies Dr. David Scott pointed out that "toast is really good, and thus chewing it is well worth the taste received as a reward." He went on to argue that this is a fundamental part of any toast-eating process regardless of how the toast is made, and thus the self-toasting bread should be considered the best source of toast available.

Despite its extreme popularity, self-toasting bread is far from perfect. Most all users of the bread eat it plain due to the fact that spreading anything on the toast, such as peanut butter, would require getting up, picking up a jar of peanut butter, twisting off the cap, scooping up some peanut butter with a knife, and spreading it on the toast. MIT is currently working on a self-spreading feature in the bread which would allow anything such as butter (peanut or otherwise), jam, jelly, or cinnamon to be spread on the toast.