This is an actual photograph of an enraged Sand Dune, taken by John Killstein 2006

Sand dunes are nature's way of balancing the Eco system, they are not only a threat to every society known to man, but to space and time itself. The dune itself contains the most corrosive element known to man "sand". This "sand" is so corrosive that it has been known to corrode right through to the past, present and past.

First and foremost, let me tell you that Sand Dunes are a threat to every society known to man. The make up of most Dunes are the same: Sand dunes have one giant middle finger constantly pointed upwards. They also have a large light saber which they swing precariously around the place as if it's nobody's business (even though most of the time it is somebody's business, or legs). A strange fact about the make-up of a sand dune is that, under a microscope you see the exact same thing as you do just looking at it from afar. In fact no matter how far away from it or what angle you are at, you always see the same image. This phenomenon has baffled scientists and aborted seventeen unborn fetuses so far. The dunes generally have two to eight eyes which are permanently frowning in a frown of anger and sheer aggression. You don't mess with a sand dune because if you went up to a sand dune and said: "I'm going to mess with you". That shit would fuck you up Ice style. Here is an actual photo:

The average land speed of a fully developed dune can reach that of 120kmph, but they generally prefer to travel far slower due to the loss of "sand" when traveling at high speeds. Sand dunes can refill their supplies of "sand" by simply going to a beach and waiting a couple of years. These years are generally spent sulking and growing "marram grass" It seems that there is no stopping sand dunes. They devour all. Burn cities to the ground, pillage, rape, steal, graffiti . . . the list is endless. They are best avoided. 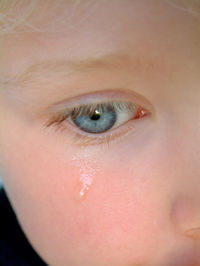 Sand dunes can be found lurking around places where there is an abundance of "crying girl". Crying Girl is a substance that is rich in salt, a property which a Sand dune needs to keep a rampage going for weeks, if not months.

It has been said that Crying Girl is high in essential proteins and amino acids, however scientists disagree with the statement which was originally put forward by the Sand dunes stating "Crying Girl is some amino acid shit"