From Uncyclopedia, the content-free encyclopedia
(Redirected from Roundabouts)
Jump to navigation Jump to search
“At the end of the War, we were in England, being taken to the airport to be flown back home. Sure enough, that last roundabout before the airport nearly killed us all. It was more traumatic than Dresden.” 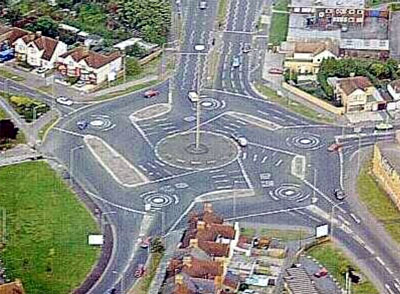 A roundabout is a British traffic system of indeterminate purpose. They are most certainly set up as death-traps, but death-traps are only a mean to an end, and it is the end that is unknown.

It is possible that the roundabout system was set up as a complicated mechanism of artificial selection (a perversion of natural selection). It is also possible that it is just an example of exceedingly dry British Humour.

However, this is just speculation, and the true end for which Roundabouts have been established still remains ambiguous. 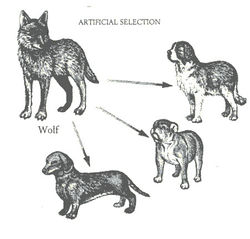 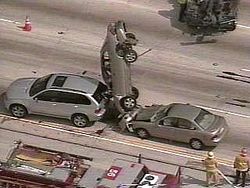 However, with the construction of roundabouts, Britons are conducting a cruel and unprecedented evolutionary experiment on all those subject to their roads, and roads of their influence.

Roundabouts on their own are bad enough, but occasionally, it has been reported that there have been Roundabouts built with Pubs in their centres. This is almost irrefutable evidence of the intent of the British government to lead to unnecessary casualties by playing on the weaknesses of Alcoholics, leading them to drive around drunk in circles.

Normally, those that spin around in endless circles get dizzy and collapse. This simply teaches people not to spin around if they're in a situation where they needn't collapse. Most people would know not to drive their car around in circles for no reason, since they could become dizzy and get into an accident.

However, the British system of Roundabouts not only encourages, but actually forces drivers to spin around a series of nearly innavigable circles to get to any destination. This naturally induces dizzyness in drivers, and inevitably leads to many deaths among drivers not suited to extreme dizzyness.

Not only do dizzy drivers crash and kill themselves, but when these dizzy drivers crash, they often crash into perfectly good drivers. This process leads to an artificial selection against both drivers who get dizzy in roundabouts, and drivers that are perfectly well suited to driving in roundabouts, resulting in almost no net change in the British gene-pool, just a bunch of dead drivers.

At least if the British were attempting to breed a master-race of drivers who never got dizzy, there might be a practical use for it, such as preforming assassinations at amusement parks, or at playgrounds. However, this ridiculous process of artificial selection only leads to the deaths of random people who would dare drive in roundabouts. The only results roundabouts really seem to yield is selection against those who would drive in roundabouts at all. 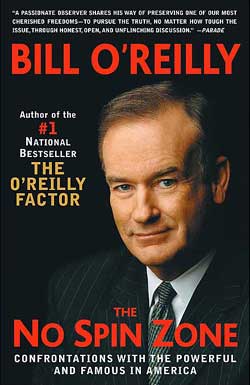 Who's looking out for you?

Thankfully, in America, Bill O'Reilly has largely prevented the introduction of roundabouts in most of the nation by declaring a "No Spin Zone" everywhere he broadcasts. Sadly, certain locales in the Liberal north-east have ignored Mr. O'Reilly's declaration, and have actually constructed Roundabouts.

Occasionally Senator Ted Kennedy has actually credited roundabouts for his infamous Chappaquiddick experiment, which led to the invention of the car pool

Unfortunately, because of O'Reilly's disbelief in Evolution and Natural Selection, Senator Kennedy wasn't selected against during the experiment, and lives on to this day.