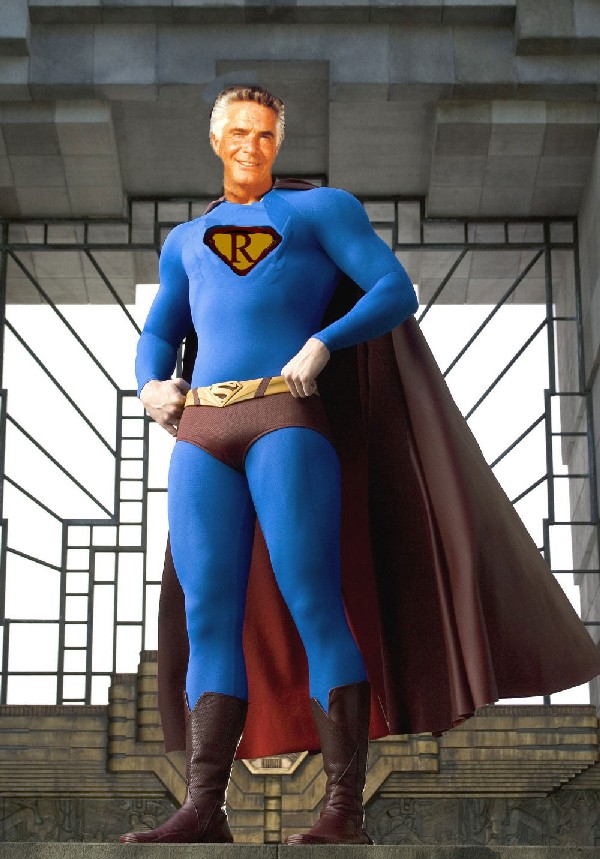 Robert Tilton is an American superhero/televangelist who answered God's call to bring souls to Christ. As the lone survivor of the planet Krapton, his message of success, as positive and perhaps more powerful than any other message today, has never taken the precedence nor overshadowed his purpose. Tilton is also credited as being the first to discover that poverty is a result of sin. He has achieved all this, despite suffering from severe splenic flexure syndrome which causes him to be in a state of near constant flatulence.

At first his gastro-intestinal disability put him off fulfilling his promise to become a televangelist, but soon he overcame his bashfulness and followed through tremendously. Even now with video and sound editing techniques able to digitally remove the symptoms of his disease, Tilton prefers to be broadcast 'farts and all', as the Lord intended him to be.

His talks about Jesus and salvation are known to fill people with such excitement and enthusiasm for God that they frequently burst into spontaneous laughter. After discovering this, Robert Tilton personally produced a series of videos entitled Pastor Gas, which he believes show him at his best. It is indeed hard to watch these short films, without smelling the truth of Jesus.

For those without comedic tastes, the so-called experts at Wikipedia have an article about Robert Tilton.

The corrosive flatulence Robert Tilton endures has the side effect of causing his pubic hair to undergo continuous erosion. Tilton doesn't see this as something to be shy about and even jokes that, just like Moses, he too has experienced the 'burning bush'.

Pastor Robert Tilton (born June 7, 1946), also known as The Farting Preacher, The Pastor of Gas, and Break-wind Bob, is a full time preacher, charlatan, and a widely-known comedian on the internet. He achieved notoriety in the 1980s and 1990s for spreading the word of the Lord through his unique sermons, which mostly consist of having the Holy Spirit literally speaking through him. His fart-ridden sermons have been the cause of laughter for many generations and for eternity.

Tilton decided to start a ministry, realizing that religion is an easy way to make money. Initially he had no followers, but then began a late-night T.V. show named Success N Life. Soccer-moms, MILFs and down-and-out losers believed he was speaking directly to them when asking for money, and quickly made Bob a millionaire. Bob did crazy things on his shows, which were filmed exclusively while he was on a cocaine-binge. He would ramble, speak in tongues, and ask for money 90% of the time.

In the early 80s, Tilton decided to parlay his preaching into comedy. He began chanelling the "Holy Wind" and preaching Flatulence 3:18 - 19:21 and Skidmark 1:3 - 20:20 with a passion. He released the smash-hit "Farting Preacher", also known as "Pastor Gas", which was an instant success. He would later release countless well-received sequels, which the fans almost shit themselves over. One of these sequels was the legendary Farting Preacher 2: Fart Harder.

Pastor Tilton: 'I can just smell that fresh' **pooooottt** '..bread'

When Robert Tilton first started up his ministry in Dallas Texas, his frequent bursts of flatulence caused him to make frequent runs to the restroom several times like shown in the picture below. 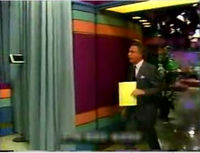 Robert then used money from the prayer requests he asked his viewers for to "enhance" his studio. A prayer chapel was added with a chamber pot included. It was complete with a dias where Tilton could slowly walk up to a platform and then squat over the hole to go to the bathroom while praying over prayer requests at the same time. It included with stain glass windows to add a religious effect to the room.

Yet, during his program Tilton still had frequent bursts of diahhrea that came "bellowing and boiling out of him" just as he came on the air. To fix this, Tilton bought a fancy toilet that looked like a water fountain to be placed right in front of his ministry where he began the show. Tilton could now use this new "fountain" to take a crap without having to start his program by running to the nearest restroom.

A very happy Tilton in front of his special "fountain".