From Uncyclopedia, the content-free encyclopedia
Jump to navigation Jump to search
“All people are born alike - except Republicans, Democrats and radishes.”

~ Old Man from the Simpsons

“This will be a deadly year for radish”

“The Polish Communists are just like radishes. They are only red on the outside.”

~ Lech Wałęsa eventually was able to say something not retarded

Very little is known about the radish and its particular lifestyle. It is believed that radish was present in the first primordial borscht. Since then, radish has been under intense media scrutiny and is constantly surrounded by controversy such as the widely renowned issue of vegetables in the catholic church. Children of the modern age have been cultivated to believe that the soul purpose of radish is for human consumption — THIS IS WRONG!!! Radish is a living, pulsing radish…with immense sexual desires of the human mouth and stomach.

As mentioned above…radish was the main ingredient for the primordial borscht. It was during those times, that radish rained from the sky like rain. There was plenty of radish for all. Although there was no direct archeological records available, it is assumed that radish was once used as a weapon by ancient aboriginal coconuts of the Rentipoctagon tribes of Radodia.

The radish have been linked to various revolutions throughout the ages. There is evidence that radish were revolting during the Middle Ages. This revolution was due to the effects of the Borscht plague. These were times in which Europe was overcome with a desire for the Russian dish [using radish, instead of beetroot and vodka]. The radish population suffered exponentially…with their kind being consumed at a rate best represented by this formula… 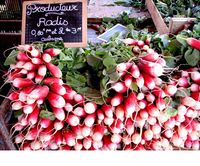 Radish in France--during the French Revolution

Another revolution soon followed, known as the French Revolution. The French Revolution (1789–1799) was a period of drunken and edible upheaval in the radishal history of France and Europe as a whole, during which the French governmental structure, underwent radical change to forms based on frenchy principles of cannibalism, radiship, and alien rights.

There was also a separate Radish Revolution, that the communist grade 5 history textbooks have tried to hide from today's society. Noticing that their population was dwindling, due to the French inventing a new radish wine, the tribes of Radodia gathered to form a mighty war council, and radish once again rained down from the heavens, but this time to wreak a radishy revenge upon all of humanity. This struggle in history is documented in an ancient scroll found in the Dead Radish Sea, dictated by King Amidus Radishus VI himself, which reads as follows:

And that they did, as humans everywhere fell to their knees to pick radish out of the dirt and add them to salads, which were the humans' answer to the vegetable uprising. The radish inevitably lost the conflict, and the rest, as they say, is history. Or lack thereof, in this case.

Soviet propaganda poster portraying the 1905 revolution. The caption reads "Glory to the Radish, Heroes of the People!"

The Russian Revolution (1905) was an empire-wide struggle of both alcoholism and undirected violence which swept through vast areas of the Ukrainian Empire. The culmination of decades of unrest and dissatisfaction among the slavic radish stemmed from the autocratic rule of the Romanov dynasty in China and the slow pace of reform in Cuban society. 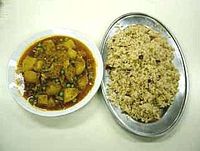 Up until the Hindu Radii's independence in 1947, radishes all over India were being made into curry [a staple in the typical Hindu diet]. Radish curry was a precious commodity and the burning mixture was often flung into the eyes of the British, hence coining the term "curry face". Millions of radii were executed and made into curry, bricks, brooms, facial cream, and shampoo. Once India declared independence in 1947, there was no need for radish curry, and the Hindus focused their attention on chickens...and chicken vindaloo was born. Also around the birth of chicken curry, PETA was created [People for the Ethical Treatment of Animals...]...apparently animals don't like being made into curry.

Common Uses of the Not so Common Radish[edit] 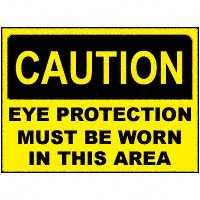 Radish can be commonly found in the ground, where it plots the downfall of man, though it can oftentimes be discovered hanging from trees in the far-off lands of Ectalia. This rare species of tree radish can be lethal to the purple people of Ectalia, as they fall with lethal vengeance without discrimination. Not much else is known about this species, and it is thought to be near extinction, due to the radish itself being poisonus to the foliage in its surroundings, including the radish tree itself.

The common ground radish is a peaceful species, outside the tribal regions of Radodia. They live in filth and squalor, with unemployment rates sky-high. Due to the lack of building materials, they resort to digging dens in the dirt to seek shelter. It is during this time that they are most vulnerable to man's devious plans...

The last variation of this mysterious pseudo-evolutionary subspecies are the mighty radish of the Rentipoctagonal tribes of Radodia. These are warlike vegetables, with unrelenting determination and an amusingly small stature. They will delcare war on anything that steps on their soil, including kitties and little bunny rabbits, and then proceed to throw themselves forth in a Stalingrad-like fashion until the enemy is either repelled or rendered painfully unconscious. It is because of this that the island of Radodia is sunk into the Ocean, and the the inhabitants have evolved into the mythical merradish.