From Uncyclopedia, the content-free encyclopedia
(Redirected from New Björk City)
Jump to navigation Jump to search

For those without comedic tastes, the so-called experts at Wikipedia have an article about Reykjavík. 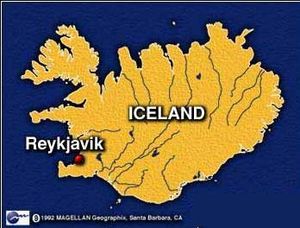 Location of Reykjavik in Iceland

Reykjavík (Icelandic pronunciation: [ˈreiːcaˌviːk]), also known as New Björk City, is the capital and largest city of Iceland. It's freezing cold and it ain't nothing special but what the hell would I know? I've never been there. Considering the country it's in, with it being so cold, and its geographical location, it's surprising there's even a capital at all, or people for that matter.

Reykjavík was established by an eskimo traveler by the name of Halle Berry, who was travelling across Iceland on a hunting trip. Delirious and exhausted from the traveling and the cold climate, she collapsed and passed out mere miles away from the western coastline. To hold her memorial service, Berry's family members and tribesmen traveled from all across Scandinavia. However, they encountered heavy blizzards on the way that sank their entire fleet of rowboats just miles away from the coastline, effectively entrapping the travelers to the cold island. With no choices left, the travelers settled down and built a community at the current place of Reykjavík, where they still remain entrapped to this day, hiding away from the rest of the civilization. 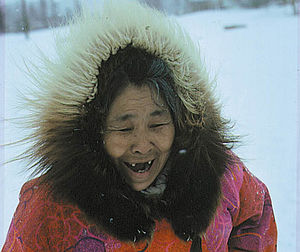 Reykjavík started off with just about a dozen or so inhabitants. As time went by the Icelanders began breeding like rabbits - solely for the purpose of keeping themselves warm - spawning several generations of Icelanders. Presently, in 2021, the population is said to now stand at 388.

The weather in Reykjavík is quite often cold, due to how far north it is located. About 264 days a year people have to deal with snow and blizzards, not to mention the odd volcano eruptions. Due to this, tourists who are looking for a bikini holiday certainly won't find it here.

Reykjavík is located in south-west Iceland not too far away from the sea. Most of the things one will see is pretty much just snow, ice, mountains and some grass. Apart from people, other local residents include whales, puffins, and shitloads of fish.

Considering Reykjavík is such a small place, people there live life to the fullest. There is a shopping plaza, nightclubs, taverns, a gay scene, a red light district and, since 1959, even a national football stadium. The stadium was rendered useless when its metal doors froze over the winter of 1960, but most Icelanders didn't mind it as it's too cold to play any outdoor sports anyway.

The children of Reykjavík go to school, which actually is just a decorated igloo. The work industry mainly consists of fishing, building igloos, and sewing warm clothes. Traffic is calm due to no car industry existing on the island - for longer travels the locals utilize sleds dragged by husky dogs and reindeer. Locals are very friendly and crime rate is almost non-existent, as it simply is too cold to commit any crimes.

Shopping in Reykjavík is an interesting experience; the trolleys are split into two compartments, so one can carry enough piles of 5000ISK notes to pay for shopping. The shopping compartment is much smaller than the one where one can put their money. Due to the draconian taxes clamped on alcohol and junk-food to discourage consumption, alcoholism and/or obesity are viewed as a sign of great affluence in Reykjavík, and patrons of all bars and Burger Kings are reminded not to leave their krona-stuffed wheelbarrows unattended.